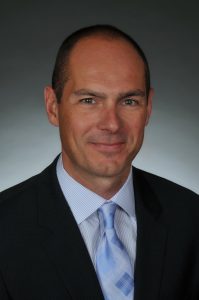 Operators in the industrial oil lubricants market have experienced its share of wear and tear in recent years, but with signs of a brightening economic forecast, firms may need to optimize in the coming years.

These new additions to Shell’s network effectively doubles the number of Shell Lubricant distributors in Canada and could be a signal in the overall business environment, says Jay Schippanoski, general manager, regional sales, Shell Canada Products.

Schippanoski explains that as part of the industrial and resources sector Shell Lubricants experienced considerable economic slowdown between 2014 and 2016, especially in the west. But since 2017, an upward trend has emerged and just two months into 2018 the company was observing growth (“a hockey stick graph-effect”).

Schippanoski, who has been with Shell for 15 years and is based in Calgary, says that he is cautiously optimistic about the interim data and hopeful that industrial lubricant demand in 2018 will bring growth back to 2014 levels. “It’s an exciting time for the B2B sector at Shell, as it represents the biggest opportunity for growth,” says Schippanoski.

Still, Shell is far from being in the clear and, much like the rest of the industry, has yet to recapture the declines in its servicing industrial sector, says Schippanoski. Market declines over the past two years have pushed industrial sector plants to right-size business, look for ways to strip costs and get much more out of the equipment that is used everyday, says Schippanoski. “And that’s where lubricants have become much more important in the overall cost of ownership decision,” he says.

Shell takes a “lower Total Cost of Ownership” approach as a way to help its customers effectively manage lubrication with the objective of lowering maintenance costs, extending equipment life and reducing energy consumption. To this end, a white paper, “Powering Efficient Vehicles: How Lubricants can help achieve the lowest cost per kilometer,” documents that Shell projects delivered $139 million in savings to customers.

With continued improvements in the industry’s downstream markets, higher demand for industrial machinery and equipment at the wholesale level can be expected based on industry trends and indicators, according to the Kline, a global market research and management consulting firm.

Schippanoski notes that there are some sectors that haven’t bounced back and that concerns over smaller sectors persist. Canada’s agricultural sector is one that continues to face upheaval, thanks to adverse weather patterns. “The opportunities are weather-dependant,” says Schippanoski.

President Donald Trump’s threat to impose a 25 per cent tariff on imported steel and a 10 per cent duty on U.S. aluminum imports would have been another significant threat, but it is unlikely that the U.S. President’s protectionist remarks would persist over the long haul, says Schippanoski.

“As an oil supplier, Shell has good partnerships with all of the major steel suppliers in Canada…. And as the industrial sector in the west starts to grow, we see a domino effect and more demand for equipment, which, by extension, affects equipment manufacturers’ demand for steel. I am highly optimistic that that sector, too, will start to improve.”

Overall, companies have exercised restraint in the past several years, says Schippanoski. “Everyone has had to look at their business and say, ‘okay, if a slower for longer world is real, how do we deal with that without stripping all costs of the business?’”

But by looking at their business from a value-creation standpoint, companies can grow with a much more efficient model, says Schippanoski, noting that the industry is in a much better position than it was prior to 2014, when it was making decisions based on topline versus bottom line growth.

In an industry where there are no shortages of strong competitors it helps to have the upper hand. To this end, Shell Lubricants has been recognized as the global market leader for the11th consecutive year according to Kline & Company’s 15th Edition “Global Lubricants Industry: Market Analysis and Assessment: 2016-2026” report. One of the innovative technologies Shell Lubricants hopes to leverage this year is its gas-to-liquids technology, which turns natural gas – the cleanest-burning fossil fuel – into high-quality liquid fuels and base oils for lubricants, and other liquid products usually made from oil. The technology (available in Shell Lubricants’ PCMO portfolio) fosters greater temperature control for the industrial sector in general, but in Canada’s extreme climate it has especially relevant.

The competitive advantage is being able to speak to a customer about this kind of innovation in a category that doesn’t have a ton of innovation every year, says Schippanoski. “By explaining how these oils can allow for longer drain intervals and perform better lower temperatures, customers can see the benefits in terms of total cost-of-ownership decreases and reductions.”

MRO: What can industry expect in terms of lubricant price changes in 2018?

JS: Consider pricing in terms of total cost of ownership. As a percentage of total cost in any financial or industrial model, the lubricant is a relatively small piece. We’re talking single digits in terms of overall operating cost, but the benefits are seen in savings on equipment – such as longer drain intervals, minimized downtime and better equipment maintenance with the right lubricant program. It all adds up to a lower cost of ownership. The value comes from the savings realized from keeping equipment a little bit longer because you’ve maintained it properly. So, single digit increases or the price of oil increasing by pennies or dollars is minor.

When you look at the cost of equipment to clear a new highway, for example, it’s an investment of millions of dollars. The associated cost of an effective lubrication program in terms of equipment lifetime and performance is minimal in comparison. New industrial equipment requires better premium oils; manufacturers of the OEM equipment are starting to see the cost saving benefit of lubricants as well.