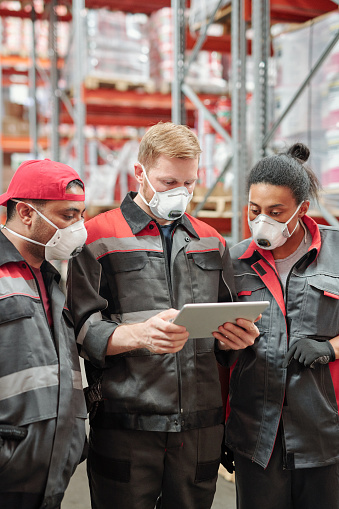 In August, Maintenance and Equipment MRO magazine conducted its first-ever Maintenance and Reliability in a Changed World Virtual Summit. As the world has changed to a ‘new normal’ of no live events for the foreseeable future, we wanted to stage an event that would allow MRO professionals to virtually meet, and to learn from industry experts. Given the response that we got from attendees and presenters alike, I would say that we achieved that goal. A little nerve-wracking, but not bad considering this was my first time hosting a summit.

We were very fortunate to have include two well-known industry professionals as part of the program. Suzane Greeman, who spoke about Executive Leadership in Asset Management: What The C-Suite Needs to Know, and James Reyes-Picknell,

who spoke about The New Normal for Continual Improvement, gave great presentations that fielded numerous questions, and provided insights that attendees could take back to their companies. Also, an open panel discussion included representatives from a cross-section of MRO companies that operate in Canada (and some globally).

Overall, it was great to see the level of engagement from maintenance, reliability, repair, asset management, operations, and many other attendees from various aspects of the MRO world. It proved that just because we are not able to meet face-to-face, we can still share valuable information that can help others in the industry continue to learn and improve their operations.

It was also interesting to find out, by way of using polls during the summit, where companies stand currently. When asked “What is your biggest challenge to improving future performance?” Lack of leadership fore-sight was the most common challenge at 42 per cent, followed by: recovering from current measures (38 per cent), availability of investment funding (15 per cent), and don’t believe we need it (four per cent). When asked “What roles do the executives and board play in the asset management system currently?” Executives are aware, but not sure about the board; and we don’t yet have an AMS, tied with 31 per cent each, followed by active involvement, executive sponsorship, authorization, promotion (24 per cent), and we have a system, but no involvement from either (14 per cent).

The final poll question during the open discussion, “What changes has your organization seen as a result of COVID-19?” Showed that 67 per cent of attendees have seen, changes to work (remote work) as the number one answer, followed by production slowdown/stoppage (28 per cent), and staff reductions/layoffs (six per cent). This is something that has been seen all over the work spectrum, as we are learning what the new normal is (will be) and employers and employee are adapting to what the future will hold. For some this is working from home, for others its working at an office with physical distancing, or staggered attendance.

For anyone who has any ideas about any topics that we should cover in an upcoming webinar; episode of In Conversation with Mr. O podcast; virtual event; or MRO, Food and Beverage or online feature; do not hesitate to reach out to me via e-mail, social media, or the old fashion phone call. Yes I do still take phone calls. MRO