Piezo technology is taking compressed air technology to a technological level that is resource-saving, energy-efficient and sustainable. 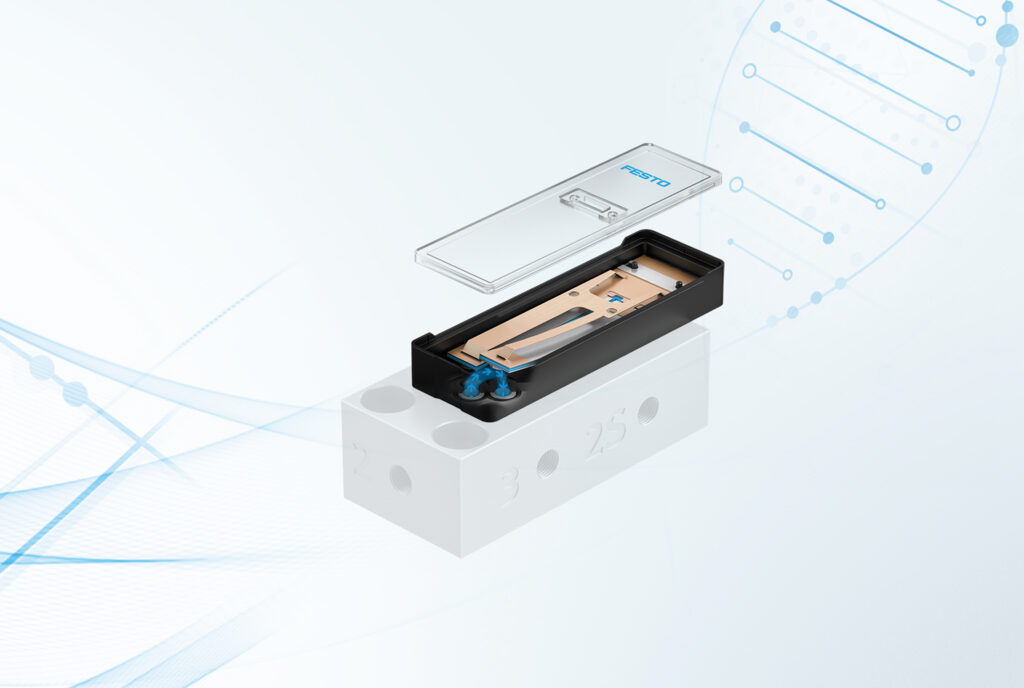 In the marketplace of automation technologies, both pneumatic and electromechanical products are available. Often, the best choice may be a combination of both, like an electric Z axis for positioning a pneumatic gripper, or vice-versa.

Four years ago, Festo captured the virtues of both technologies in digitalizing pneumatics – where flow, motion, pressure regulation are managed digitally by software apps controlling piezo valves in the Motion Terminal VTEM.
As a cyberphysical solution, the motion terminal enables complex movements and various speed profiles or positioning tasks that used to be possible only with servo-pneumatic or electrical automation.

The development of piezo valve technology is displaying versatility, from performing micro-dosing in medical and laboratory equipment, sachet filling of spices and condiments and other filling functions, to proportional flow control in heavy industry. It’s reaching far afield, as part of VTEM installations doing critical assignments on oil rigs and fish farms.

In the case of a Norwegian open ocean fish farm, for example, the motion terminal manages the supply air for aeration for each of eight pens, replacing manual functions such as reading sensors to determine the oxygen content of the water, then adjusting the supply with manually operated ball valves. Too much oxygen is just as harmful to the fish as too little. When all adjustments are done manually – measure, adjust, measure again to be certain and readjust again if necessary – aquaculture is vulnerable to errors.

With VTEM and piezo pilot control, the oxygen supply is automated to regulate the air supply to the optimum value. Data from the oxygen sensors is transmitted to the farm’s control centre and displayed on dashboards. If the values approach a critical range, an operator can intervene immediately via remote control to maintain good fish health. 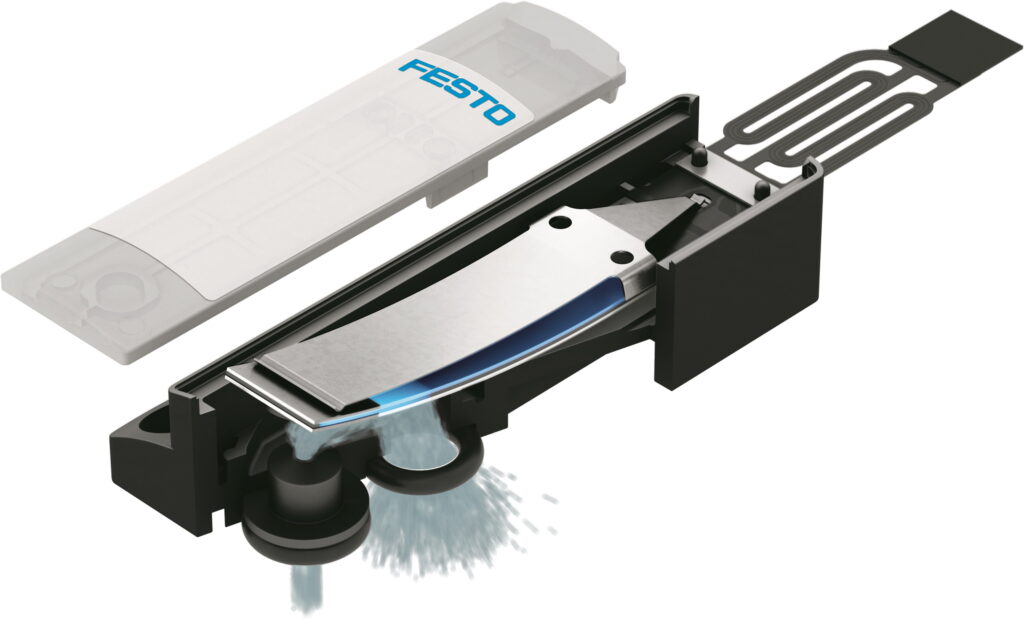 Each VTEM is housed in a control cabinet and has four valves and piezo pilot control to precisely control the air flow for the fish farm’s eight pens. There are 11 available apps for VTEM: in this case, the app ‘Flow Control’ suits all the fish farm’s needs. In food and beverage applications, VTEM units are being used in pick and place functions in secondary packaging, and in precise mini-filling and dosing applications.

Part of the appeal of digitalizing pneumatics is how VTEM dispenses with many of the mechanical components required in a conventional pneumatic operation, also how it enables fast product and packaging format changeovers via software apps.

Piezo valves are featured in a new product identifier: controlled pneumatics – an expanding class of devices, which combine proportional technology, sensors, and control algorithms to form a control loop. These are mechatronic, pneumatic systems that enable digital influence in conjunction with closed-loop control based on a sensor variable.

The piezoelectric characteristics of certain ceramics that mechanically deform when a voltage is applied, are used. Whereas a standard two-position valve has only two positions and is always in one of two states, piezo valves can attain an infinite number of conditions. Since the control electronics and sensors are integrated in most of piezo valves, they can be opened continuously, and pressure and flow can be regulated by comparing the setpoint/actuator values. As such, piezo valves are highly accurate, and quick to reach the specified pressure and setpoints.

In the Motion Terminal, four 2/2-way valves with piezo pilot control are connected, forming a bridge circuit within the valve body. This enables a wide range of directional control valve functions at each valve position, assignable by the controller and changeable during operation. 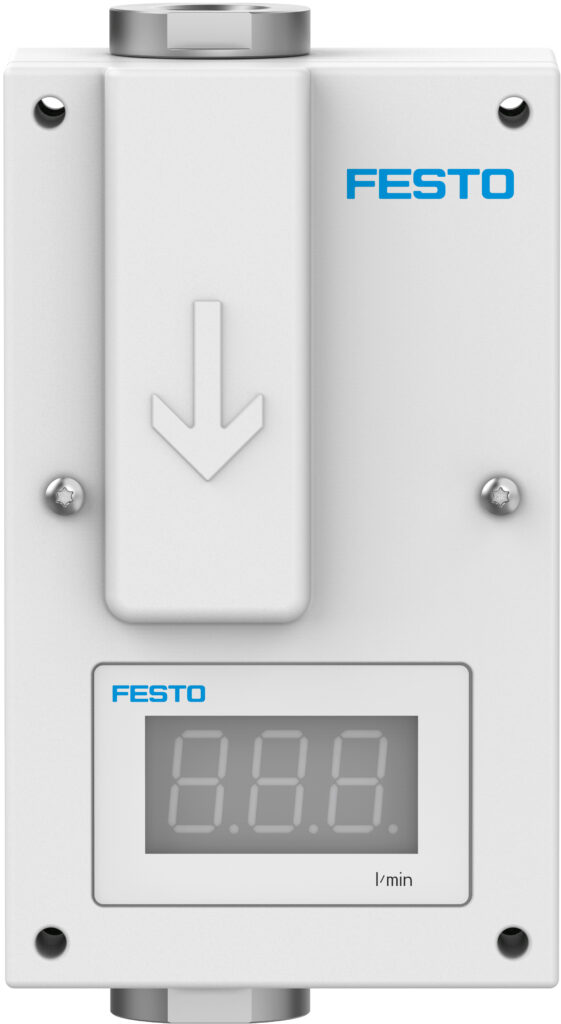 Piezo valves can be especially small and lightweight because they have no solenoid or electrical coils. They generate no heat. Piezo valves are also virtually noiseless – the bender/actuator moves freely with no impact noise.

The Motion App ‘Leakage diagnostics’ can also be used. It can pinpoint leaks down to the specific actuator requiring attention by using diagnostic cycles and defined threshold values.

It can even close off the faulty air duct. Piezo technology is taking compressed air technology to a technological level that is resource-saving, energy-efficient and sustainable.
_____________
Article provided by Festo.