Bearings and the environment

Rolling element bearings and their maintenance can affect the environment. 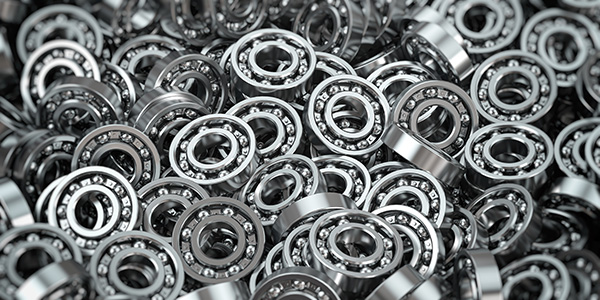 Here are some examples of how today, rolling element bearings and their maintenance can affect
the environment.

Prevention of release of toxic substances
A pulp mill was having poor reliability of an ID fan. Each time the fan went down, the facility had to report to the Ministry of the Environment (MOE) as certain unwanted gasses were released. At one point the MOE determined that the frequency of fan failures was excessive, and the facility had to take corrective actions. The solution was to bring in some bearing experts to ensure best practices were being used for installation and operation of the fan.

The first step was to inspect the bearings removed from service to understand the reasons for the shortened life. The second step was to ensure that the millwrights were using the proper techniques for bearing installation. The third step was to carefully monitor the operation of the fan. This was achieved by the installation of a continuous vibration
monitoring system.

Corrective actions were taken to ensure that the oil levels were correct and monitored, the level of vibration in the assembly was kept low and the operating temperatures were monitored. As a result, reliability was improved, eliminating the environmental impact of the fan failures.

Proper grease amounts and frequency
While conducting a lubrication survey at a steel mill, I was inspecting an area of slow rotating conveyor rolls. They were supported by unit block ball bearings rotating at a speed of less than 10 rpm in a relatively clean part of the mill. Under each bearing was a pile of grease purged from the bearings as they were being re-lubricating once a week.

What was odd was that electric motors used ‘sealed for life’ bearings that last five to 10 years at 1500rpm without lubrication; however, when the same sized bearings are put in unit blocks and are rotating at 10 rpm, somehow, they need to be greased every week.

In working with the facility, the appropriate re-lubricating frequency was calculated based on speed, temperature, and degree of contamination, and determined that the bearings could run maintenance free; without any additional grease.
Many bearings of this type do not need to be re-lubricated ever in their life, and a proper calculation of the lube requirement would end up with a reduction in the amount of lubrication that is added without purpose to the bearing, thus ending up getting scooped up and sent off to a landfill.

Use of biodegradable greases
Traditional lubricants based on mineral and synthetic oils are ultimately biodegradable through the slow rate of decomposition. Under some conditions, they can exist as a contaminant in groundwater for close to a century. However, in terms of a lubricating oil, it is difficult to find an oil that can provide adequate lubrication and be biodegradable. As such, there is not many choices for users who want a ‘green’ grease.

Use of sealed bearing especially sealed SRBs
Considering the cost and difficulty in sourcing a good cost-effective biodegradable grease, a sealed bearing is a worthwhile consideration, especially now that sealed spherical roller bearings are more readily available. With a sealed SRBs, the bearing itself can be feed a high-quality bearing grease and the cavity either side of the sealed bearing can be filled with an inexpensive environmentally friendly grease. Since the bearing needs significantly less grease for lubrication than for sealing, the assembly will not be purging out excessive amounts of a grease that may not biodegrade quickly.

To protect the bearing against dirty, wet environments, a ‘green’ biodegradable grease can be used for sealing and purging of the housing cavity without the concern about an accumulation of less earth friendly grease.

Use of calcium-sulfonate grease
There is lots of ‘anti-EV’ discussion about the use of lithium in EV batteries. What is true is that lithium based grease is the most popular grease for use in bearings, and it just passes though the bearings and then gets disposed of without a chance of being recycled.

However, recently there has been an increase in popularity of calcium sulfonate greases, which in many cases, can provide similar or better performance in bearings. This is an example of how alternate greases are available that can be more earth friendly in ways other than related to disposal.

Best practices disposal of toxic waste and recycling of scrap items
A world class rebuild shop will have the appropriate procedures for disposal of recyclables as the machine is disassembled. There should be specific disposal bins for expected waste materials, such as excess grease, oil, solvents (contaminated) and grease or oil filled rags. In addition, the recyclable metals can be collected or segregated into aluminum, steel, and yellow metals. Other than seals and grease, bearings are 100 per cent recyclable.

Special bearings help the environment
In one particularly difficult application, a compressor draws sour natural gas out of wells, and a hybrid bearing was developed that can withstand the difficult conditions that occurred due to the condensation of the hydrogen sulphide and other gasses into the bearing lubricating oil.

Using a high nitrogen stainless steel and ceramic rolling elements, a bearing was able to withstand these conditions. This was important as every time the compressor was taken out of service the poisonous gas was vented into the atmosphere. As the time between compressor shutdowns, lengthened from months to years, a significant reduction of pollutants was realized, and the greater reliability of the compressor allowed planned maintenance more often than unplanned downtime.
In both this case and the fan case, the motivation to fix the problem was a financial penalty for the gas release. Perhaps if companies could keep score on their own of pollution abatement, progress could be made without loss of dollars from fines.
___________________________
Douglas Martin is a heavy-duty machinery engineer based in Vancouver. He specializes in the design of rotating equipment, failure analysis, and lubrication. Reach him at mro.whats.up.doug@gmail.com.