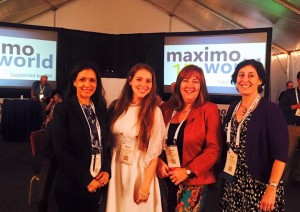 Toronto – After taking a communications class last year, Maura Abad was motivated to execute a plan inspired by her employer. On a flight back to Fort Myers, Florida, she created a PowerPoint presentation outlining the need and the objectives for a group focused on increasing the number and visibility of women in the reliability and asset management industry.

“When we landed, I presented it to Terry O’Hanlon, director, Association for Asset Management Professionals, who, along with Reliabilityweb.com co-founder Kelly O’Hanlon, had originally sprouted the idea of a women’s group for industry. He said: ‘Go for it!’ That same day, we created a LinkedIn page,” says  Abad, global relationship manager for Reliabilityweb.com.

With a website and social media accounts created, along with the support of her employer, Abad approached women in the industry and began galvanizing them by asking them to prepare 20-minute webinar presentations.

“These webinars offered good content, and the women had a simple message to deliver – not only to the women, but to everybody in the community,” says Abad.

By December 2015, Abad had corralled at least seven webinars on topics ranging from Understanding the Urgency and Importance of Attracting Women to The Fields of Reliability & Asset Management, Criticality Analysis and The Internet of Things, to Leadership and Communication, Operational Excellence and Operator Driven Reliability.

The first couple of webinars drew a large number of people from around the globe, including from Scotland, Ireland and Middle East, and attendees were not restricted to women. “We also started including men in live calls and we started exceeding expectations,” says Abad. 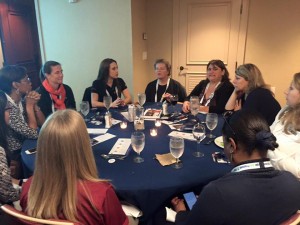 On December 8, 2015, WIRAM held its first face-to-face meeting at the International Maintenance Conference (IMC 2015) in Bonita Springs, Florida. The event attracted about 60 women and six sponsors. During the keynote presentation, “Understanding the Urgency and Importance of Attracting Women to The Fields of Reliability & Asset Management,” presenters Marie Getsug, M&R Services, and Cathy Wilson, Sunair Co., unpacked national studies behind the statistics and reasons for women’s under-representation in science, technology, engineering and mathematics (STEM).

Abad, whose active LinkedIn profile is a testimonial for being a networking maven for the reliability industry, forecasts a bright future for the WIRAM group: “First, we have more women who are messengers. Then, men are messengers as well – the men tell the women. For every male connection, I receive 10 contacts.”

Furthermore, the group has been approached by universities that have shown interest in collaborating on future events, says Abad.

According to Abad, WIRAM’s goals for 2016 are to:
1.     Translate English webinars into Spanish,
2.     Develop a podcast show inviting panels of women to discuss industry topics, and
3.     Invite active participation of young engineers by having them present on topics at conferences and webinars.

Abad says her team is also planning a dedicated track for women in reliability and asset management at The Reliability Conference in Las Vegas, Nevada (April 11-15, 2016).

The number of female attendees at IMC 2015 has increased by 65% year-over-year. If these numbers are a show of Abad’s ambition, then she hopes to some day have a full-blown global conference with women presenters, she says.

But with the team already planning a track for women in reliability and asset management in Las Vegas, that goal might just be realized sooner than expected.

Access WIRAM webinars or learn more about the association at maintenance.org.