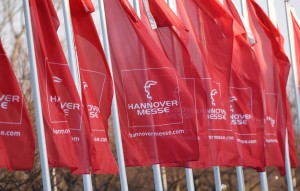 Hannover – Repairing machinery parts after a failure has occurred is so yesterday. Nowadays, thanks to advanced sensor technology and intelligent data analysis systems, it is possible to predict failures and undertake maintenance before they happen. In today’s rapidly emerging Industry 4.0 environment, machines, components and workpieces are digitally integrated and able to “talk” to one another. This enables factory operators to continuously capture data on machine states, combine it with information from other systems (such as ERP or CRM software), analyze it and predict the optimal point in time at which to initiate maintenance. It is hoped that this new approach to maintenance – known as predictive maintenance, or PdM for short – will pinpoint impending outages before they occur, speed up overhaul processes and avoid production outages.

“Predictive maintenance is currently the most talked-about and closely watched maintenance, repair and overhaul strategy out there,” says Peter-Michael Synek, the Deputy General Manager of Germany’s VDMA Fluid Power Association. A recent study by the World Economic Forum and the consulting firm Accenture lends substance to the high hopes currently riding on PdM. According to the study, PdM can reduce the cost of planned repairs by 12 percent, cut maintenance costs by almost 30 percent and reduce unscheduled downtime by a massive 70 percent. Synek: “Predictive maintenance is a pivotal part of the Industry 4.0 landscape.”

Dedicated showcase for maintenance
Deutsche Messe’s Hannover Messe team has been quick to pick up on this key trend. Marc Siemering, the company’s Senior Vice President in charge of the fair, explains: “Predictive maintenance is now so important that we have decided to feature it as a new dedicated showcase. To be known as “Predictive Maintenance 4.0,” the showcase will include a group pavilion and will be located in the northern section of Hall 17, just across from the North 1 entrance. It will present real-life examples of predictive maintenance applications.”

The displays and live demonstrations at the “Predictive Maintenance 4.0” showcase will be supported by guided tours that will take participants to the display stands of selected providers at various locations throughout Hannover Messe. Tour participants will witness continuous machine data capture, processing and analysis in action and learn how it can give factory operators real, useable information on the condition of their systems, machines and machine components.

Benefits to plant operators
Peter-Michael Synek sees predictive maintenance as “the next evolutionary stage from conventional maintenance strategies” and a development that delivers major benefits to plant operators. “The ability to reduce or even eliminate unforeseen downtime and associated production bottlenecks flows through into greater productivity. Maintenance and servicing costs go down, and production quality and planning reliability go up,” he says.

IT meets OT
Not that this anticipated multi-billion-dollar market is the exclusive domain of automation hardware providers. Major international IT providers, such as SAS, SAP, IBM and Bosch Software Innovation, are currently also investing extensively in their capacity to service the growing demand for PdM solutions.

The German Engineering Federation (VDMA) predicts that German plant and machinery manufacturers and their suppliers will play a key role in PdM. In fact, at Hannover Messe 2015, several German companies proved that they were already well up on the trend. Among them were the pneumatics specialist Aventics, the Schaeffler Group, ZF Friedrichshafen telematics subsidiary Openmatics, and Bosch Rexroth. An Industry 4.0 demonstration display operated by Bosch-Rexroth in Hall 23 showed how condition monitoring systems with predictive maintenance functionality can be integrated into production processes.

The overall message here is that condition monitoring systems (CMS) are no longer enough in today’s rapidly emerging Industry 4.0 landscape. Increasingly, industrial companies are combining CMS with analysis tools to create predictive maintenance functionality. And with benefits like reduced outages, lower costs and greater planning reliability, why wouldn’t they?

HANNOVER MESSE
The world’s leading trade fair for industrial technology will next be staged from 25 to 29 April 2016 in Hannover, Germany. The upcoming Hannover Messe will feature five parallel shows: Industrial Automation, Energy, Digital Factory, Industrial Supply and Research & Technology. At Hannover Messe 2016, major emphasis will be placed on the following four topics: Industrial Automation & IT • Energy & Environmental Engineering • Innovative Subcontracting Solutions • Research & Development. The United States of America is being honored as the Partner Country of Hannover Messe 2016.