The Canadian Truck King Challenge (CTKC) celebrated its 12th anniversary by crowning the 2019 GMC Sierra 1500 Denali as its champion. Sierra beat out five other challengers for the crown, marking the first time that General Motors has won in the half-ton (1500) category. Previously, GM has won the title in the heavy-duty (HD) category, including winning the challenge in 2018 with the Chevrolet Silverado 2500 HD.

CTKC is unique in that it tests the trucks using real-world situations. Trucks are driven empty, with payload, and with trailers. The way the trucks would be used in the real world. Also, an off-road course is used to test each truck’s off-road capabilities. All in all the two days of testing allowed for over 4,000 kilometres of total seat time for the five AJAC judges, who than scored each truck using 20 subjective test categories.

“The field of 2019 half-ton pickups was as competitive as ever this year, with brand new trucks from GM and RAM, while the F-150 received major upgrades, including offering a 3.0L diesel engine, that we ran back-to-back with gas engines from RAM, GM, Toyota and Nissan. Towing is where the diesel feels best, but the raw horse power of GM’s 6.2L V8 is hard to ignore,” said judge Stephen Elmer, TFLTruck. “The performance exhaust on the Toyota Tundra TRD Pro barks when you accelerate, while Nissan’s 5.6L V8 has a strong exhaust note with loads of power. In the end, the GMC Sierra came out on top, and the honours are well deserved for such a smooth riding, comfortable, quiet pickup.” 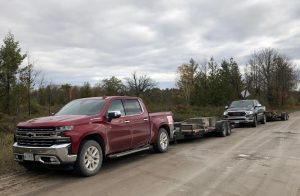 This year, OEMs that took part were: General Motors with its GMC Sierra 1500 Denali and Chevrolet Silverado 1500 LTZ; Ford with the F-150 Diesel Lariat; FCA with the RAM 1500 Limited; Nissan with the Titan PRO-4X; and Toyota with the Tundra TRD Pro. 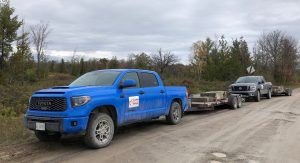 “As always, the Canadian Truck King Challenge provides the unique opportunity to evaluate the trucks in real-world use. Unlike typical road tests and reviews, this event provides the rare experience of evaluating each entry as a working truck – not simply driving it around empty, but with a hefty payload and significant towing load,” said judge Clare Dear, Autofile.ca. “This year, the format helped reveal characteristics that might otherwise have gone unnoticed, such as the towing capabilities of Ford’s new 3.0L diesel engine and the RAM’s unique load-levelling air suspension. For anyone considering the purchase of a new truck, the findings of the Truck King Challenge are a must-see resource.” 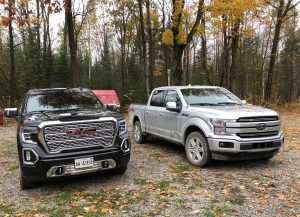 Third-party company, FleetCarma, used data recorders on each of the six vehicles to measure real-word fuel economy. The recorders sent data to FleetCarma with a final report showing the results for each vehicle under each part of the challenge (empty, payload and towing).

The winner of the Fuel Economy Challenge for 2019 was the Chevrolet Silverado 1500 with 6.2L V-8 that had the best fuel economy of all the trucks.

With trucks that are all new, trucks that offer new engine options, and trucks that offer new packages, there has never been a better time to be a pick-up truck customer, as the differences between them are getting smaller and smaller. The days of one truck being much better than another are over. Today, it’s a matter of fit for purpose, what are you going to use the truck for, and what is of utmost importance to each individual buyer. 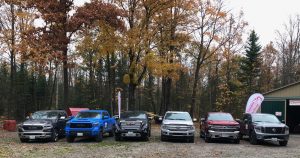 “This has to be the most difficult Truck King Challenge ever. I could not find a favourite at first glance,” said judge Éric Descarries, Auto 123. “Each vehicle is really a modern piece of equipment. This time, the winner has to be the consumer.”