What’s Up Doug? How bearings assist in power transmission 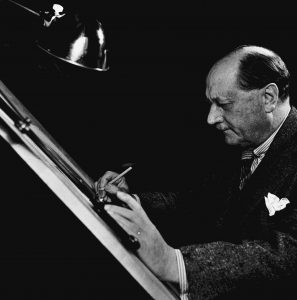 Although these were an amazing development that reduced the power losses from the friction of a plain, sliding bearing, they had a drawback in that they could not accommodate the angular misalignment that inevitably existed in these factories where I am sure were not very square or level at least to today’s standards.

There were, of course, the patents associated with the invention. Since the curved, outer-race design was now patented, others had to come up with an alternative design. In the U.S., the solution was to put a curved surface on the outer diameter of the bearing and fit the bearing into a housing with a curved bore allowing the bearing to align in the housing.

This development left its imprint in the legacy of engineering design. There is a tendency in the U.S. to use a “unit block” type bearings (those whose outer diameters are sphered). European designs tend to use self-aligning bearings (spherical roller bearings and self-aligning ball bearings) in split housings.

Where do we see a similar role played by bearings in modern machinery? One main application is the driveshaft of a ship. The driveshaft will transmit the power of the engine to the propellers or the azipod unit. In a typical ferry arrangement in which the ferry is symmetric front to back, a driveline will go “forward” (No. 1 end) and another will go “backward” (No. 2 end).

These driveshafts may be rather long and have six to eight bearing positions supporting the shaft. The more important job of the bearings is to control the shaft from whirling at some harmonic speed so that the engine drives the shaft through. So we don’t necessarily see bearings failing from fatigue – in fact, they seem barely used when routine inspections are done.

What we do see is fretting corrosion between the outer diameter of the bearing and the housings. Since almost all split housings use a loose fit to allow axial expansion, there is space. And this space of a couple thousands of an inch gives some freedom of movement, and the rotating load of the shaft will make the bearing creep in the housing.

In terms of the oscillating axial load, this can be damaging to some spherical roller bearings as this back and forth motion can cause each roller set to load and unload at the frequency of the axial load (2x rotation). Some bearings may experience roller skidding damage from this loading/unloading cycle.

The rotating radial load will have the effect of causing the outer ring to creep in the housing causing the appearance or score marks that look like the bearing is spinning in the housing. If creep does not occur, then at least fretting corrosion is likely to occur.

One regular problem with the unit block bearings (those with the curved outer diameter) is over-greasing. Since these bearings are most often sealed with a lip contact seal, there is limited space for grease. Care must be taken to only insert the right amount when re-greasing.

What I find curious about unit block bearings is that they probably don’t need to be greased – at least not as often as one thinks. Take for instance a 25HP motor driving a line shaft supported by two unit block bearings. The 1200HP motor is connected to the line shaft by sheaves and a belt that reduces the speed to 600rpm. Consider two factors:

What’s Up Doug? appears in every issue of Machinery and Equipment MRO.

Douglas Martin is a heavy-duty machinery engineer based in Vancouver. He specializes in the design of rotating equipment, failure analysis and lubrication. Reach him by email at mro.whats.up.doug@gmail.com.