The Challenge of Outer Ring Rotation 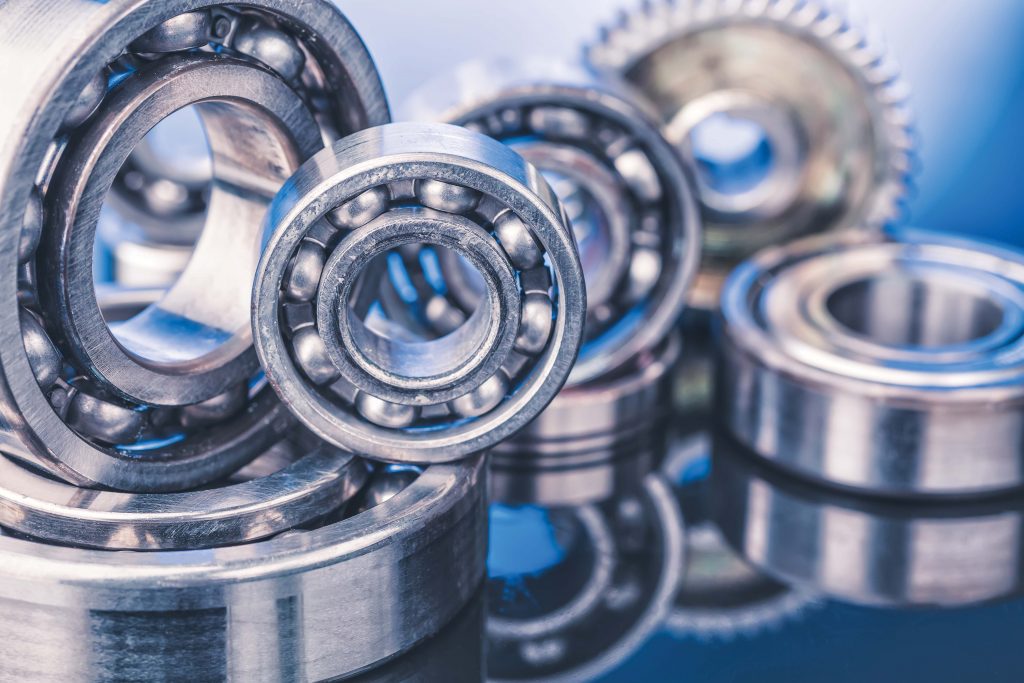 At first glance, one may not think that a rolling element bearing with an inner ring (shaft) rotation or an outer ring rotation, really aren’t much different in terms of bearing performance. To give some perspective, most bearing applications are inner ring rotating (over 95 per cent).

Triple Race Bearings
An applications that I have been involved with for years is the triple race bearing, which was used in some specially designed newsprint paper mill rolls, that had three rings and two sets of rollers. The inner roller set has a rotating outer ring and the outer roller set has an inner ring that rotates. Having watched a video in the late 1980s of the lubrication flows through the inner ring set in a laboratory. It was part of an investigation of the problems with the inner bearing set that was an issue of many users.

The video showed the effectiveness of oil flow into the bearing, which had additional lubrication inlets into the inner ring of the bearing. At that time, all the main bearing manufacturers where working on solutions to the problem. One solution was to increase the oil flow to the problem roller set (which the video was demonstrating). This was to address what the typical failure mode diagnosis of inadequate lubrication, which was typical of what was observed.

Another solution to this problem was the change in design of the inner bearing set, to a narrower bearing that had smaller rollers. Although this solution did not intuitively address the believed failure mode, it did address a subtler issue, which was roller skidding. This issue is related to the way a spherical roller “rolls” when the outer ring is rotating about the rollers and stationary inner ring and more importantly, when this outer ring rotation is coupled with angular misalignment.

What occurs is that the direction of the roller movement begins to deviate from the rolling direction as the inner and outer ring become more misaligned. Experiencing this with a paper mill, who used the same triple race bearing in two different machines, and their reliability in one application was worse than the other application. When investigating the applications, the roll with the poorer reliability had greater suction, which would have caused greater bending in the shaft which supported the inner ring of the innermost stationary ring. This difference in alignment of the innermost ring, that was related to the poorer reliability, which was due to the difference in the rolling direction and rolling path differed.

As an visualization, watch the rear wheels of an 18-wheeler trailer as it goes around a corner. The tire is rotating, but its vector direction is at an angle to the rolling direction, and as a result, it scuffs over the road. This is essentially what was happening to the rollers in the outer ring rotating spherical roller bearing. By using a less massive roller, the effect of a roller sliding across a race is lowered and, it is lowered to the point that the sliding motion does not result in surface adhesion, which is what was the root cause of the problem.

Sealed Bearings
In the above example, the problem was thought to be lubrication and it wasn’t, it does not mean lubrication and specifically grease lubrication is not affected. With outer ring rotation, the grease is always flung to the outer race of the bearing, and even when it is not being rolled over in the contact zone, it is being acted on by the centripetal force of the rotation. As opposed to when the inner ring is rotating, grease sitting on the outer race shoulders has only the force of gravity acting on it.

The centripetal force on the grease will tend to draw the oil out of the grease. Outer ring rotation causes the grease to be constantly centrifuged. If there is no seal or means of retention, the grease itself will flow out of the bearing. Even with a seal, the separated oil may work its way through the seal, as typical seals integrated into a bearing are not designed to seal at the outer ring interface, they are designed to seal at the inner ring interface, and under the pressure of the centripetal force, it is likely that the separated oil will seep through the seal/outer ring interface.

Therefore, there are two applications in newsprint mills in which this is a problematic application, rope sheaves and spreader rolls. Both have outer ring rotation, and both have low reliability. The ball bearings in rope sheaves may last two years, whereas the same bearing in an electric motor may last 10 years. The other application, a spreader roll, stretches the sheet of paper to prevent wrinkles. Although the bearing needs more grease to lubricate the outer ring rotating bearings, the users are reluctant to add extra grease, as when they do, it is driven out of the bearing and onto the finished sheet of paper, making it scrap.

The rotating ring of a bearing plays a significant role in the performance of the bearing. Applications with outer ring rotation should be given special attention in terms of re-lubrication frequencies and accuracy of alignment. One cannot just assume that the bearing will operate with the same reliability as other applications using the same bearing. MRO

Douglas Martin is a heavy-duty machinery engineer based in Vancouver. He specializes in the design of rotating equipment, failure analysis, and lubrication. Reach him by email at mro.whats.up.doug@gmail.com.