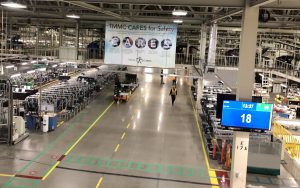 In 2008, Toyota Motor Manufacturing Canada (TMMC) opened its West Plant in Woodstock, Ontario, to go along with its operations in Cambridge (North Plant and South Plant). Just as a little background, Toyota considers all its plants in Cambridge and Woodstock to be one operation under the TMMC banner.

Toyota highlights the Woodstock Plant as being one of its most technologically advanced plants globally; therefore, under normal circumstances Toyota does not offer tours of the plant to the public. However, as part of the launch of its RAV4, which is built at the plant, automotive journalists were given a detailed tour of how the vehicle is built in Woodstock. 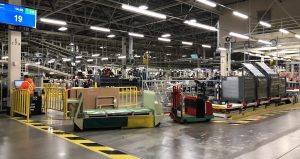 “Since Toyota’s Woodstock assembly plant fired up the production line in 2008, the team at Toyota Motor Manufacturing Canada has built millions of new RAV4s for North American drivers,” said Larry Hutchinson, President and CEO, Toyota Canada Inc. “Toyota remains committed to building our most popular vehicles in the markets where they’re driven – and in Canada, that means the RAV4.” 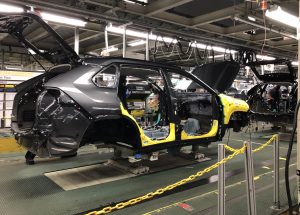 “Our highly skilled and dedicated team members are what differentiates TMMC,” said Fred Volf, President, TMMC. “Because of our team members, we are known for innovation and for expertly managing advanced technology and manufacturing.”

As a result of the all-new 2019 RAV4 having undergone many changes from the previous model, the Woodstock plant had to undergo significant retooling. The maintenance team members had new machines and processes to learn to make that the line is running at all times. 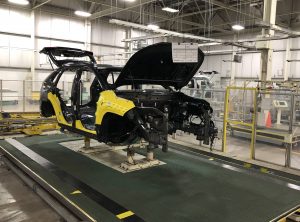 “Our plant in Woodstock has been significantly retooled for the new 2019 RAV4,” said Derek Kidnie, General Manager, TMMC Woodstock. “This is exciting for the team members building the new vehicle and for our maintenance and engineering team members who help keep the line running. We all have new things to learn, and the stakes are high: The RAV4 is the best-selling non-pick-up truck in North America, and this new model is attracting even more attention from customers and dealers.”

The RAV4 is now in its fifth generation and has seen wholesale changes for 2019 model year, with an all-new front fascia, grille, side profile, rear fascia as well as an all-new interior. The new model also sees an increase in size, with wheelbase increased by 30 millimetres, width increased by 10mm, front track by 35mm, and rear track by 45mm. 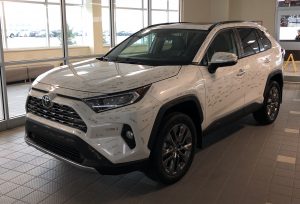 Under the hood, RAV4 has a 2.5 litre four-cylinder engine with 203 horsepower and 184 foot/pounds of torque mated to an eight speed automatic transmission. RAV4 will be available in front-wheel-drive or all-wheel-drive configurations, with XLE Plus, Trail and Limited models only available with AWD. 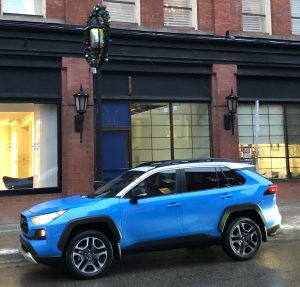 Other features on the new RAV4 include LED headlights, DRLs, and rear combo lights, blind spot monitoring, back up camera, and option of seven or eight inch display screen. Many other features are available depending on trim and package selected.

The RAV4 is of utmost importance to Toyota as it is one of its best selling vehicles. Before the 2019 model began to be built, TMMC built almost two million RAV4s over a 10-year period, while producing over eight million total vehicles since its opening in 1988.