The shift to automated processes brings mixed blessings. Savings and efficiencies are offset by new challenges, including skills training and new product specifications. 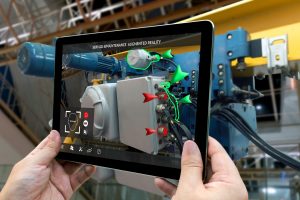 There are many opinions on when the Automation Revolution started, but any dates proposed will often only apply to one of the many disciplines involved in automation and probably only be pertinent to a particular country. The growth of automation has, however, been dynamic, fast, exciting and varied in its growth and impact.

In the mid-1970s, I was working in the Engineering department, in the Fluid Power group, in what was then the Canadian steelmaking giant of that time. One of the larger projects we undertook was the design and installation of a pipe expander in their Spiral Pipe Mill. A system was made to expand the 60-inch diameter steel pipe with wall thicknesses up to 1 ½”. This was necessary to create a consistent pipe diameter for joining pipes together and to cold work the steel. The pipe was expanded incrementally throughout the full 80-foot length of pipe. It was a process that was amazing to watch as a pipe weighing tons was maneuvered into place, and then to actually see steel of that thickness and diameter expand right before your eyes – all done automatically.

Basically, the process employed a hydraulic cylinder with a steel shaft diameter of 26” by 80-feet long. During the operation, that steel shaft would be stretched by 1 ½” like a rubber band. Imagine the kinetic energy to be dissipated when that was suddenly released! On the hydraulic side we used what was at the time the state of the art, large poppet valves and controlled with proportional valves.

However, in that complex automated process with so many interlocks and permissives the entire control logic was done with relay logic. All stored in huge control panels. Troubleshooting was a nightmare using ladder diagrams. Done today with modern motor controls, PLCs and computers, this would make it a much more compact, precise, easy-to-troubleshoot operation.

Automation went on to solve so many problems in the years following, as new ways and means were developed. People were no longer forced to do boring, mind-numbing, constantly repeating jobs, or work in unsafe environments. The work could now be done by robots (of many types), which are faster, more accurate and more precise. And dare I mention that manufacturers in North America could now produce their products in North America and still be price-competitive in the world’s stage thanks to automation.

Now for the big “but!” Automation is not without its drawbacks. Maintaining, troubleshooting and replacing parts have created new challenges. All levels of involvement in automated production requires more highly skilled technicians, technologist, engineers, and programmers. So much so that these skilled people are in such demand we do not have a sufficient domestic supply. We must find them outside of our country as, in parallel, we work to upgrade our education systems to provide us with the skilled people that are required. 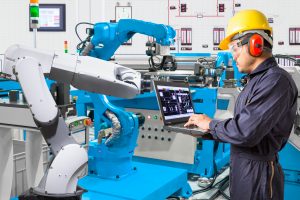 Under the ISEDC (Innovation, Science and Economic Development Canada), the Canadian government has set aside a large portion of its budget (about $1 billion) to educate and retrain the workforce in the technically- and mathematically-inclined direction that industry demands of us. Prime Minister Justin Trudeau spoke about the importance of having students learn coding and algorithms in school during the opening ceremony of Google Canada in Kitchener, Ont., and said that the government plans to make Canada a world leader in automation technology.

The Canadian government is realizing that the increasing implementation of automation is displacing many traditional jobs, but creating new jobs that require special training. There will be a significant lag in getting the requisite skills needed into our workforce. In the meantime, manufacturers need help troubleshoot, diagnose and supply the required parts to keep them operating. Problems are no longer easy to spot like a broken drive belt. They are no longer easily replaced by an alternative part chosen by part number only. Sometimes the new problem may be as simple as the lighting becoming dirt-covered, causing a malfunction in the vision system, which is part of the overall machine control. Or even more innocuous, it may only be that the machined part is now more reflective than previous parts also throwing off the vision system. Who would spot this problem without special technical knowledge? 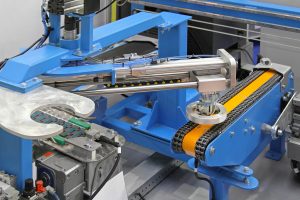 Also to consider is the endless worldwide supply of electric actuators and devices now available. If one of these fails, sourcing the original manufacturer or a substitute product requires a full understanding of not only the load capacities, speed and function of the device, but also understanding the feedback mechanisms and control characteristics of the device. This will enable the selection of a replacement that is a plug in solution, not only mechanically, but also is compatible with the control elements in place.

Certainly the issues of dealing with motor controls, PLCs, feedback devices and computer programs are beyond the standard experience and knowledge of the millwrights (who for so long have kept production lines running smoothly), as well as that of your typical industrial sales representative’s training. The average industrial distributor had flourished based on supplying chain and sprocket drives or V-belt drives. In the past, our most challenging controls systems were variable frequency drives (VFDs) controlling AC motors. Now, there is an infinite selection of stepper motors, servo motors, electric actuators, Cartesian robots, and SCARA robots to service, repair and replace.

Automation is continuously changing and requiring technical training to keep up at all skill levels. This includes the newest of technologies, the Internet of Things (IoT), which is the inter-networking of physical devices of any kind. A simple example is the home thermostat that can be remotely set and controlled from your cell phone. OEM manufacturers of machinery and equipment are building this technology into their machines so they can track the operation of their machine anywhere in the world and notify the end user of impending wear failures. This technology can also monitor and inform distributors of these approaching failures, allowing parts to be on order, delivered and installed before failure occurs. If this is done comprehensively, our base of technology and science can be what Prime Minister Trudeau is envisioning – propelling Canada to the automation forefront.

“Planning for the Future,” by Dave Buckley, ran in the June 2017 issue of Machinery and Equipment MRO.