Lubrication Selection Based on Speed 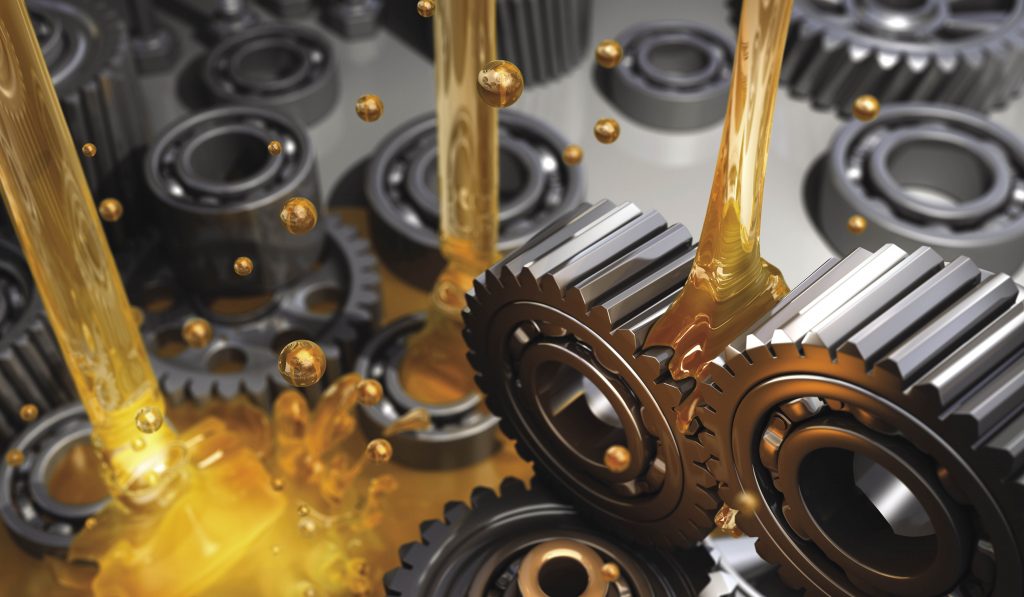 Limiting speeds
If you look at an old bearing catalogue from the 1980s and earlier, you will see that bearing manufacturers published limiting speeds in grease, and in oil. These values were in the data tables that designers and users referenced as guidelines. In the text of general catalogues, a deeper explanation was given about heat generation, and the possible requirement for cooling in the realm above the limiting speed in grease, up to the limiting speed in oil. In many cases, these details were overlooked.

Unfortunately, the reference speed was a number to be used in a formula with the applied loads to the bearing to come up with an adjusted speed rating. Application engineers (like me) had to translate this “math formula” into something that the users could use or at least conceptualize. The answer was, the reference speed is about the speed at which the bearing generates heat as fast as it dissipates heat, and maintains a temperature of 70°C. Advice to customers was that as they approach the reference speed, they need to consider switching to circulating oil to control the bearing temperature.

At the time, however, there were no automated programs to undertake the calculation. It was onerous to manually go through the calculations to come up with an “adjusted” limiting speed. In addition, when working with end users (as opposed to designers), the required inputs are often unknown. No longer do I ask a user “what the radial load applied to the bearing is,” as there is generally no way of knowing this, unless you are the designer of the machine.

With the advent of online calculation applications, we are now able to easily define the transition between the maximum speed for grease, where an oil bath should be used in the gap between grease lubrication, and oil circulation. The problem still arises in the estimation of the bearing load; however, this is overcome by estimating the loads based on whether the application is “heavily loaded” (more often slowly rotating bearings), “normally loaded” (most bearings), or “lightly loaded” (often higher speeds).

Of importance are bearing types, such as deep groove ball bearings, in which the limiting speed is lower than the reference speed. Be careful that you consider both speeds (but if you are using online calculators, there will be warnings).

Low speeds
The next speed level is low speed. At low speed, and high loads, oil is not able to create a complete film between the rolling contact surfaces. Below a surface speed (ndm of 20,000 mm/minute {rpm x mean diameter of bearing}), there will always be some requirement to protect from boundary lubrication, so the selection of grease should include a solid lubricant such as moly and graphite. Calcium sulphonate greases also provide similar protective properties.

Although a Kappa calculation may suggest all you need is a high base oil viscosity, the proper additive package for the low speeds and high loads is needed. A high viscosity base oil is recommended; however, the additive/soap properties are more important.

Other considerations
One recent issue that came up was with a full complement bearing. There was no reference speed published, but a limiting speed (of 4,500 rpm) was published. The customer was having issues, and upon investigation, there was a design consideration for full complement bearings in which the ndm should not exceed 20,000 mm/min. Therefore, for this bearing, the acceptable operating speed is 333 rpm.

The reason is that the rollers contact one another, and the contact surfaces are moving in opposite directions, so there is the opportunity for excessive wear. Seals also limit the speeds of bearings. Although the speed limit, in terms of a seal integrated into a bearing, is included in the bearing limiting speed, the design of the rotating equipment must also take into consideration the limiting speed of any external seals. MRO