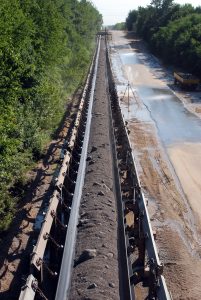 When we think of heavy equipment we think of large pieces of equipment that are generally slow moving and subject to environments that are dirty, wet and generally treated roughly or expected to handle rough conditions. In most cases heavy-duty applications are lubricated with grease.

There are several reasons why grease is most often used. However, first lets look at the roles of grease:
1. to provide a lube film (or a separation of surfaces),

2. to provide sealing and contamination removal.

How does speed affect heavy equipment lubrication?
Since heavy equipment applications are also slow applications, how does this affect lubricant choice? A natural thing to do is to pick a thicker oil (more viscous)
for slower applications and this is can be shown by calculations. However, at some point, you cannot get film separation. It is kind of like a car hydroplaning
on a puddle of water. Above a certain speed, the car will hydroplane, below a certain speed, it will not (no matter how deep (how much ‘grease’) the puddle is). 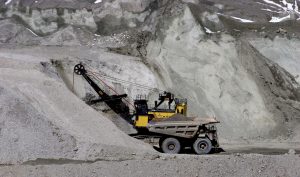 How is this dealt with?
This is where the grease design pays a big role. The design and chemistry of the soap and additives give the grease its ‘lubricating’ (creation of a film) properties. The creation of a separating film which could be through particles such as Teflon, molybdenum disulfide (MoS2), or graphite, or a chemical film though such chemicals which are referred to as EP additives and anti-wear additives or even the selection of the soap itself. Calcium sulphonate is an example of a soap that provides surface protection when an oil film cannot be created.

Specifically, an oil film cannot be created (regardless of base oil viscosity) when the surface speed of the contacting surfaces is below 20,000 mm/minute. (Calculated by mean bearing diameter x rpm). 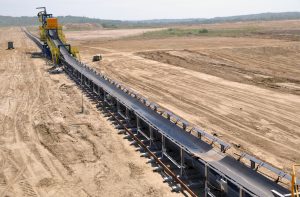 When deciding upon a grease, how do you decide which one to use?
There are several ways you can decide if the grease is appropriate for your application:

One way is to look at all the technical data such as the wear scar test or the four-ball test both, which are standardized industry tests used to compare grease performance. Of course, you would probably need to read up on what the results of these tests mean and how they apply to your applications.

The other way is to review the description of the grease. This is usually the first paragraph or two of the product description. Manufacturers of grease generally do a good job of describing the type of application they have designed the grease for. They generally make comments about the applications.

Here is an example of a description:
Formulated to withstand high temperatures and extreme loads, it is suitable for a wide range of applications, especially in the cement, mining and metals segments. This grease contains no additives as the extreme pressure properties arise from the soap structure. 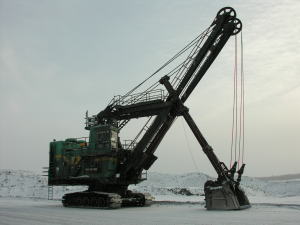 Re-lube Frequency
For rolling element bearings the frequency of re-lubrication is based on the grease life and then adjusted by factors that take into consideration the environment.
Such factors that are typical in ‘heavy duty’ applications are contamination and vibration and shock loads.

The basic ‘grease life’ (no factors in consideration) in slow applications is generally quite high. High enough, that if you could eliminate contamination and vibration and shock loads, the bearing could be greased for life (i.e. never need re-lubrication).

Looking at it in another way, the purpose of greasing a heavy equipment application is more about mitigating the effects of the application conditions rather than lubricating the contact area. 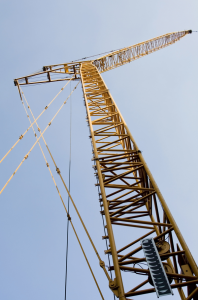 How Does Vibration and Shock Load affect lubrication?
High vibration and shock load does a couple things to grease:

It tends to separate the oil from the soap. (How many times has one opened a bearing and found only “dried up grease?”)

It disrupts up the grease reservoir that would otherwise build up on the cage bars. One role of the cage is to provide a place for grease to sit and then be feed
into the rolling contact area. When vibration and shock loads occur, they knock these reservoirs off and cause the grease to disperse, and worse, it causes more
churning to occur. One measure of how long a grease will last is the number of times any given ‘unit’ of grease is rolled over. Vibration and shock causes more incidents of this grease roll over than normal smooth-running applications. 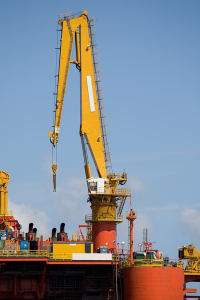 To address this, higher NLGI grades of grease are selected. These are greases that have a higher penetration number in the data sheet. The grease is stiffer and has more resistance to slumping into the rolling contact area when the bearing is exposed to vibration and shock loads and thus they experience fewer churning cycles.