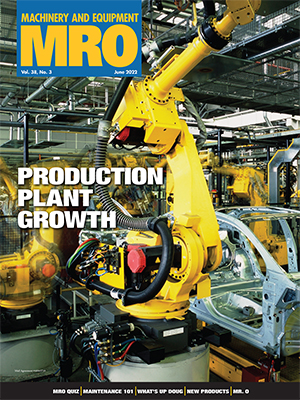 In the not too distant past, Ontario was scrambling to get investments for its automotive production plants. General Motors closed its Oshawa Assembly plant, while other OEMs reduced shifts at their plants across the province, namely Windsor. There were numerous reasons for the reduction, but the cost of building vehicles in Canada was much higher than in other parts of the world (most notably in Mexico and the Southern US).

However, not too long before the COVID-19 pandemic ravaged the manufacturing sector, things began to turn around. All the major players (Ford, Honda, GM, Stellantis, and Toyota) made massive investments in their Ontario production plants.

Back in early 2019, I was in attendance for two announcements and plant tours for Toyota Motor Manufacturing Canada (TMMC), which is Toyota Canada’s manufacturing arm. One announcement was for the first RAV4 rolling off the line in Cambridge and Woodstock plants. Second, it was announced that new Lexus NX (and NX Hybrid) would be built at its Cambridge plant in the future. Earlier this year, this came to fruition as the first vehicles rolled off the production line.

Ford was next to invest, as in 2020, they announced that their Oakville Assembly Complex would be turned into a battery electric vehicle manufacturing facility, while their Windsor plant would introduce a new engine program. Ford expects to have the Oakville plant ready to produce BEVs in 2024, as the process of retooling continues.

This year (and late 2021) investment from the automotive industry into Ontario hit overdrive. GM reopened their Oshawa Assembly plant, currently producing pick-up trucks, while it’s CAMI plant in Ingersoll, Ont., will begin producing the BEV BrightDrop vans by the end of 2022. Finally, GM is partnering with POSCO chemical to build a cathode active material plant in Quebec.

Most recently, Honda Canada and Stellantis announced investments for their Ontario plants. Honda is upgrading its Alliston, manufacturing plants to implement new technologies, processes, supply chain, and vehicle R&D programs. The plant will also become the North America Lead plant for the 2023 CR-V Hybrid. Finally, Stellantis is retooling its Windsor Assembly plant next year to produce upcoming battery-electric models. Brampton Assembly plant will be retooled and modernized starting in 2024.

Smaller investments have also been made, and Ontario looks to become a production hub, especially for the next generation of electrified vehicles.

To read more about the investments made over the last few years, read our cover story on page 18.