Automation and its effect on labour

The adoption of automation leads directly to reduced work content and the loss of jobs. 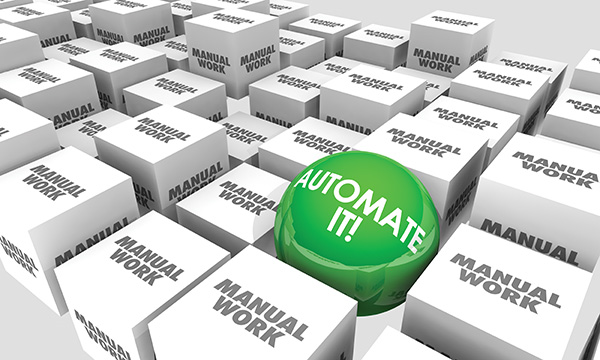 Although automation can create jobs, the present-day myth is that the development and adoption of automation creates as many jobs as it reduces. There is also a direct-link between automation’s reduction in labour and income inequality.
What is automation?

Automation has two aspects:
The use of technology to reduce the requirement for human intervention in a process, i.e., the adoption of technology that can assist labour, and;

The development and adoption of new technologies that enable capital to be substituted for labour over a range of tasks.
The first aspect of automation is helpful. There are many tasks that people do not want to do or cannot do: spray paint a car, work with dangerous chemicals and do high precision work. The second aspect improves productivity: automated welding, data entry, and computer tools to assist information analysis. For both aspects, the present economy favours automation over labour.

Myth: Automation creates many jobs.
The common wisdom is that the creation and adoption of automation, in addition to reducing the need for people to do jobs, produces as many jobs as the jobs that are lost. Jobs are created due to the use of automation: the design of machines, the maintenance and repair of these machines, and the design of new processes to use the adopted automation. Jobs are also created by merging new technologies for automation with new applications: plastic forming for containers and toys, 3D printing, and analytics. Nevertheless, over the past 30 years job creation has not kept up with job losses due to automation. In addition, the rate of the adoption of automation has accelerated, especially over the past two years to compensate for the effects of the COVID-19 pandemic, and the rate of job losses due to automation has similarly accelerated.

Researchers at Ball State University studied the effect of automation on operations in the U.S. In 2015, they published a report that showed the reduction in jobs in manufacturing and other fields was 88 per cent due to the use of automation and information technology, and that only 12 per cent was due to the transfer of jobs to low wage countries.1 This conclusion is important. The present-day narrative suggests that jobs have been lost mostly due to the movement of jobs to other countries with low wage labour and that they can be reimported. However, in the Ball State study, the lion’s share of jobs was lost due to the adoption of automation, not due to foreign workers taking jobs due to their lower wages.

Over the past several years, Daron Acemoglu (MIT) and Pascual Restrepo (Boston University) have compared the sources of change in labour demand in the U.S. during the periods of 1947-1987 and 1987-2017.2 They specifically studied the amount of labour used in companies for production and noted the amount of job displacement due to automation relative to the creation of new work content that led to job replacement.

The greatly reduced job reinstatement during 1987-2017 was due to the negative 10 per cent change in task content that resulted in a 10 per cent reduction in labour demand over the period. By comparison, task content changed very little during 1947-1987. The results also show an acceleration of automation and job loss over the 1987-2017 period.

From this analysis, Acemoglu and Restrepo concluded that “The combination of adverse shifts in the task content of production – driven by accelerated automation and decelerating reinstatement of task content – and weak productivity growth account for the sluggish growth of labour demand over the last three decades, and especially, since 2000.”3

Why has automation affected the demand for labour in such a way?
The tax code subsidizes the use of equipment through tax credits and accelerated amortization whereas it taxes the employment of labour through various payroll taxes. The present balance is very much in favour of automation at the expense of labour.

Income inequality
Acemoglu and Restrepo have recently studied the relationship between the adoption of automation and wage inequality. They conclude that “a significant portion of the rise in U.S. wage inequality over the last four decades has been driven by automation.” They showed that “between 50 per cent and 70 per cent of the changes in US wage structure between 1980 and 2016 are accounted for by the relative wage declines of worker groups specialized in routine tasks in industries experiencing rapid automation.”

Adoption of automation
During the last 30 years, the development and adoption of automation has displaced labour and there has not been the creation of as many jobs as have been displaced. Due to the strong take-up of incremental automation, the increase in productivity during the same period was much lower than during previous decades.

Studies used were of businesses in the U.S.; however, since the economic environment in Canada was very similar during the periods studied, the results apply equally to Canada. In terms of outcomes, Canada suffers from the same job losses due to automation, Canada suffers the same low productivity, in effect even lower than the U.S., and Canada has the same issues regarding income inequality.

The use of automation is increasing and the type of automation that is being used the most is incremental improvement such as the development of specialized software and artificial intelligence for the tasks of white-collar workers in accounting, sales, logistics, trading, and management. These task improvements do not replace people immediately, but over time many jobs are lost. Incremental automation is not highly visible and not easily measured, but it is pervasive in all businesses. It is leading inevitably to job loss. Therefore, there is an urgency to address the causes of poor productivity, and mostly, the lack of job creation.

Where to go from here?
Governments must change the tax structure that subsidizes automation and taxes employment such that newer jobs are created.

The industry needs to do more long-term innovation to greatly improve productivity and to create new work content that results in new jobs.

Governments must structure the economy such that businesses are motivated to innovate and create new work content.
Of these items, changing the tax structure is the most immediate. Governments have unknowingly favoured automation over labour and have reduced the creation of jobs. It is time to reverse the trend.
____________________________
References
1. M Hicks, S Devaraj. The myth and the reality of manufacturing in America. Ball State University, June 2015.
2. D Acemoglu, P Restrepo. Automation and new tasks: How technology displaces and reinstates labor, Journal of Economic Perspectives, 2019, 33(2) 3:30.
3. D Acemoglu, P Restrepo. Tasks, automation, and the rise in US wage inequality. Working Paper 28920, National Bureau of Economic Research, Cambridge, MA, USA, June 2021.