The question posed in the title is one that I have been asked a couple of times and is not easy to answer. If one looks at any technical documentation from a bearing manufacturer, nothing is written about it. Yet I have heard the term “explosion proof” several times in the industry, especially when there are machines that operate in safety-sensitive applications and certain environments.

What does “explosion proof” mean? I found the easiest place to find information is the Occupational Health and Safety Administration (OHSA) web site. The OHSA standard 1910 Hazardous (classified) locations is a standard that applies to electrical devices, so clearly this standard does not apply to bearings, as they are not electrical. It appears the concern is the device would create a spark that would ignite a “hazardous” atmosphere.

Engineers who have called me are in the process of using a bearing, likely in a hazardous atmosphere. There is likely a specification on their work package that states something to the effect of “all machines (or elements) must be explosion proof.” A good article on the OHSA web site, “Combustible Dust in Industry: Preventing and Mitigating the Effects of Fire and Explosions,” offers some case studies of dust fires and explains what is needed to start a fire or an explosion.

Perhaps the most informative article in terms of a bearing is found on the web site IEEE Xplore Digital Library. The paper “Analysis of Ignition Risk to Ball Bearings in Rotating Equipment in Explosive Atmospheres” (document number 0525745) indicates that “explosion proof” standards do not consider bearings as sources of ignition. 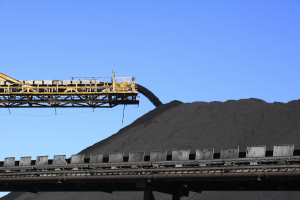 What the paper does recognize is that a bearing that is failing can be the source of ignition from heating up. As mentioned in the OHSA document, all that is needed to start a fire and/or explosion is a heat source. Bearings fail by attaining their design life or by damage resulting from handling, contamination, and/or poor maintenance (to name a few).

If a preventative strategy is employed, one could remove the bearing (or machine) before the predicted life of the system. However, less than 10 per cent of failures are from bearings reaching their design life. Most bearing failures are the result of lubrication, contamination, and/or poor handling. As such, the rate of failure is generally not time based; rather, it is condition based.

Making the System “Explosion Proof” Using Condition Monitoring
The goal would be to monitor the condition of the bearing and set limits such that the machine is shut down prior to the bearings becoming an ignition source. The two most common methods of monitoring of bearings are by temperature and by vibration.

In measuring vibration, the typical parameters that are measured are velocity and acceleration. This is done by attaching an accelerometer to the machine or bearing housing and then connecting a data collector, which processes the overall vibration of the machine and provides the two readings: acceleration and velocity.

Acceleration readings are generally used to indicate and pinpoint damages to bearing rolling surfaces. These readings can provide indications of race and/or roller damage months before the bearing will get to a critical stage that may make it an ignition source.

Specific acceleration readings can also be used to indicate that the bearing requires re-greasing, addressing a significant cause of bearing issues. 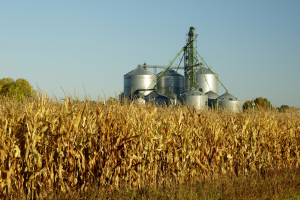 The velocity readings can provide indications on the overall health of the machine and can provide insight to such issues as coupling misalignment or rotating unbalance, both of which can lead to the failure of machine components.

Vibration monitoring is also a good diagnostic tool that can be used to determine which mechanical component is failing and even which part of that component (inner race, for example) is the one that is failing.

Are Condition Monitoring Systems “Explosion Proof”?
Herein lies the issue. One has a bearing, that is essentially “explosion proof” but one knows that when it fails, it could be an ignition source. To prevent this, one can add an electronic system which now falls into the “explosion proof” standard.

Indeed, there are components and wiring methods in which one can have an “explosion-proof” condition monitoring system.

Therefore, what is the answer?
• Bearings do not fall under the standards for explosion proof devices;
• Bearings, when failing, can be ignition sources; and
• “Explosion-proof” condition monitoring systems can be installed that allow shutdown prior to the “bearing system” becoming an ignition source.