Address the skills gap by designing the training opportunity from scratch 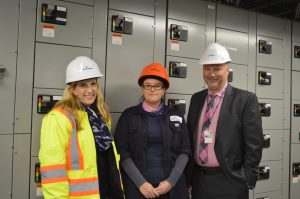 Roy F. Huetl knows firsthand that the best way to learn something is to do it.

It’s a mantra that the York Region Director of Operations, Maintenance and Monitoring, Environmental Services, has revisited many times over his 35 years spent in the industry as a master electrician and one he revisited when he initiated an electrical maintenance apprenticeship three years ago.

Developing the program on behalf of The Regional Municipality of York was not only a way to give back to industry, but a chance to give someone an opportunity to learn a trade while preserving institutional knowledge, says Roy Huetl. “At York Region we have 20 people in our maintenance division – licensed electricians, millwrights, all different types of trades, but no apprentices.”

While the rest of Canada is fixated on the “knowledge economy” (mining data), Huetl and his team are committed to the skilled trades. Contrary to a perception that the demand for skilled employees is waning, the relevance of skilled tradespeople has anything but declined at Ontario’s Regional Municipality of York, which stretches north from the City of Toronto to Lake Simcoe and includes many hectares of protected Greenbelt. 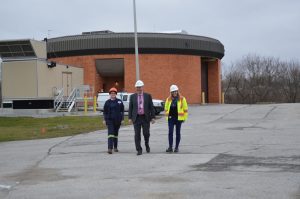 “But even as we evolve and become more automated, the need for having skilled trades is not going away,” says Jennifer Morgan, York Region Manager, Centralized Maintenance Support, Environmental Services. “You still need skilled people to fix the automated equipment and society as a whole forgets that – it’s fundamental, it’s needed regardless. We are going to need skilled trades to support automation.”

If the need for electrical maintenance apprenticeships is one thing, getting it up and running is another. As the program’s champion, Huetl soon learned two primary stakeholders – labour relations and the union – needed to be involved. Even then, it would take another two years to finalize the details of the program.

The call for applications, posted on Workopolis and the York Region careers board, brought in 400 resumes, says Morgan, who was handed the task of managing the apprenticeship program after Huetl was promoted to the role of Director, Operations, Maintenance and Monitoring, Environmental Services.

One candidate rose to the top as the strongest contender. Caitlyn Staudt scored high marks on the mechanical aptitude test and had the best overall disposition, says Huetl.

Since every apprentice needs a mentor or designated trainer and Staudt was paired up with journeyperson electrician, Dan Boate.

A robotics technician by training, Boate was a natural fit, not least because he apprenticed as an electrician and worked under Huetl for 10 years at automotive supplier Magna International.

“When we were planning out who we were going to partner with Caitlyn, we needed someone who, first of all, knew their trade well, would treat the apprentice with respect and be willing to share their knowledge,” says Huetl, who remains close to the program. 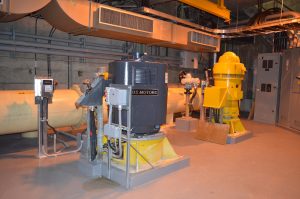 York Region consists of nine local cities and towns, and provides a variety of programs and services to 1.2 million residents, 51,000 businesses and 600,000 employees. The municipality delivers water and wastewater services to the towns of Aurora, East Gwillimbury, Georgina, King, Newmarket, Richmond Hill, Whitchurch-Stouffville and the cities of Markham and Vaughan. This means the maintenance division services more than 200 sites within the municipality. Work orders or PMs loaded into the CMMS (Maximo) can range from emergency repairs, to preventative and predictive maintenance work on a vast array of electrical components, including motors, variable frequency drives, electric actuators or MCCs (motor control centres). The work is divided between two teams whose team leads are dedicated to either water or wastewater work. The team leads create the work schedules and assign work to the maintenance team members.

Since the work varies depending on the priority, Boate will gradually train Staudt on how to install, replace and repair typical electrical components – all in the context of water and wastewater management systems and compliance.

Staudt, who completed her studies as an electrical engineering technician at Fleming College, and who has only been on the job for a couple of months (at the time of being interviewed), has already learned some fundamentals: “On any given day we could be pulling out VFDs [variable frequency drives] and controls of the pumps, doing IR scans – basically just maintenance work,” she says.

The apprenticeship includes 1,800 hours of training per term, with three eight-week visits to trade school over the course of a five-year commitment. “It’s a long haul,” says Huetl.

For all the effort, the financial rewards for Staudt include employee benefits from York Region, a weekly wage, starting at 50 per cent of a journeyperson’s wage. The pay is raised 10 per cent after each term until she reaches the full journeyperson’s wage and after completing her Certificate of Qualification with the Ontario College of Trades.

“We encourage all of our maintenance and technical staff to get licensing,” says Huetl, adding that once Staudt has completed her apprenticeship, she will have her Level 1 water/wastewater license, which will qualify her to earn more money than the base journeyperson. In turn, the municipality benefits as the program guarantees that an apprentice will be licensed to work as an electrician, a water operator and a wastewater operator.

The responsibility of ensuring the care, diligence and skill of the team is a basic and necessary part of doing the work for both Huetl and Morgan. Moreover, Staudt is being trained in the municipality’s culture, says Huetl. “Caitlyn is early in her career; she is going to see a lot of good things and learn a variety of techniques. She’s going to have to make decisions on how to react and what’s good for her. With all of the training, we are going to get a top-notch electrician who is also trained in water and wastewater. And that’s important. We are training someone from Day 1 in our system and for the industry. Having great mentors – under Morgan and Boate – is going to be a win-win. We have an excellent employee now, but we’re going to have a licensed employee in five years.” 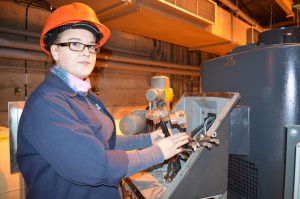 The fact of being female in a traditionally male-centred trade was a non-issue in the apprenticeship application process, says Huetl. He acknowledges Staudt coming into a male-dominated field and wanted to make sure that she would be treated with respect and, to date, she has fit in perfectly. “The strongest candidate was given the opportunity,” says Huetl.

In Canada, women account for 47.5 per cent of the labour force but make up only 28 per cent of the manufacturing workforce, and the number drops significantly to 4.5 per cent for women in skilled trades, according to “Untapped Potential – Attracting and engaging women in Canadian manufacturing,” a report released in October 2017 by the Canadian Manufacturers & Exporters, a trade and industry association. 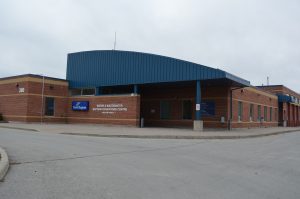 At York Region, Staudt’s journey to success is bolstered by the benefit of working with Morgan, a female chemical engineer, whose 21 years of experience can help mould her expertise. “The mentality that I have is that I don’t let my gender stop me,” says Morgan. “I believe I am fully capable of doing any job. I just try to do the best I can with every position that I have, and it’s gotten me to this point.”

Throughout Staudt’s apprenticeship, Huetl and Morgan will be refining the way they administer the apprenticeship program. Meanwhile, they have already made the determination their next apprentice will be a millwright.

“We’re getting to a stage where a lot of our staff are retiring,” says Huetl. “Before we lose all that experience, we’ll bring in apprentices and share that knowledge.”

As part of the Memorandum of Understanding with CUPE 905, Huetl requested the provision to have Staudt stay on contract two years following her completion of the program. But even though the municipality is paying for the training, an apprentice can leave once she receives her qualification. “We can’t hold back anybody,” says Huetl.

For Staudt, the support from her electrical maintenance peers and mentors sparks a healthy dose of ambition to be a licenced electrician and fosters a need to inspire her 13-year old stepdaughter, Phoebe. “I love this work,” she says. “I used to do satellite work, so coming here means I use a lot more brainpower. It’s challenging troubleshooting, but I like a challenge.”

Rehana Begg is the editor of Machinery and Equipment MRO magazine. Reach her at rbegg@annexweb.com.

This article was featured in the February 2018 issue of Machinery and Equipment MRO.