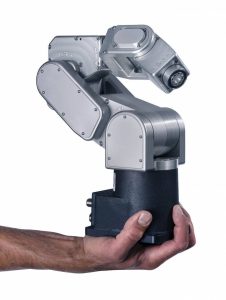 Electromate Inc.  announced a partnership with Mecademic, a Montreal-based manufacturer of the world’s smallest industrial robots.

Electromate is expanding its robotics and automation product family with Mecademic’s line of industrial robot arms.

Mecademic robots are plug-and-work automation components that integrate with any PC or PLC, do not require a proprietary programming language or training, and are compatible with any other automation component.  They are designed to maximize space-efficiency and minimize deployment time in labs and factories.