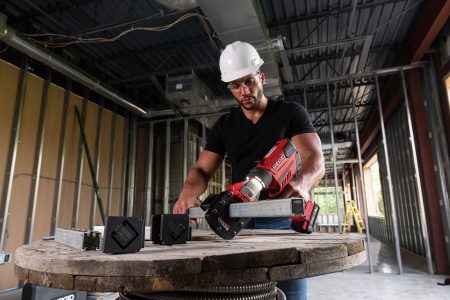 As part of the tour, plumbers tested the RP 350 on job sites and shared their experiences on Instagram. The global tour kicked off in Germany in May and concluded in September in Romania.

During the U.S. tour, 10 plumbers tested the RP 350 over the course of seven months, sharing their insight and excitement about the long-running press tool.

“After seeing the positive response to the RP 350 U.S. tour, it’s exciting to expand the tour and see similar reactions from plumbers globally,” said Michael Provenzano, global marketing director, press connections, Ridgid for Emerson. “The trade professional is always at the heart of every tool Ridgid creates and our team loves to hear how our latest tools outperform their expectations on the job site.”

The RP 350 features a brushless motor eliminating scheduled motor service intervals for less downtime, a 360-degree swivel head and the most advanced LED interface and lighting. It is used for making connections on residential, commercial and industrial jobs; is compatible with the full line of Ridgid jaws and rings; and offers maximum versatility, pairing with the Ridgid Press Booster, StrutSlayr Strut Shear Head and the Press Snap Soil Pipe Cutter.

“The speed of this press tool is remarkable and the ease to use it even one-handed makes it valuable beyond the other press tools I’ve used,” said George DeJesus, Owner, George’s Drains LLC and Headliner, U.S. RP 350 Press Tool Tour. “Sometimes I need to be able to press in tight spaces and the 360° _rotation with the super bright LED light makes it possible. I really appreciate RIDGID for believing in me to be one of the first people to try out this tool.”