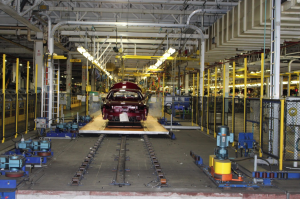 Steve Carlisle will replace Johan de Nysschen, who is leaving effective immediately as head of the Cadillac group, as it prepares to bring out the XT4 – a compact utility vehicle.

“We appreciate Johan’s efforts over the last four years in setting a stronger foundation for Cadillac,” said General Motors president Dan Ammann said in a statement.

“Looking forward, the world is changing rapidly, and, beginning with the launch of the new XT4, it is paramount that we capitalize immediately on the opportunities that arise from this rate of change. This move will further accelerate our efforts in that regard.” 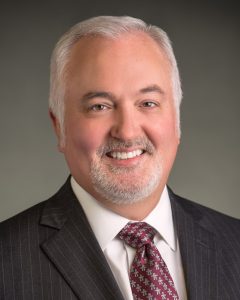 Carlisle, a native of Woodstock, Ont., who began his career in 1982 as an engineering co-op student at GM’s Oshawa Truck Plant, had risen through the ranks to become president of the Canadian operation in November 2014.

Dias said the Oshawa complex, where GM Canada has its headquarters, was headed for closure in June of this year, but Carlisle was determined that it wouldn’t close under his watch.

“For me, it was imperative, during the 2016 contract negotiations, to have someone who I believed was an ally and who was looking for a solution,” Dias said in a telephone interview.

“There was always an element of comfort knowing the head of GM Canada was actually a Canadian.” 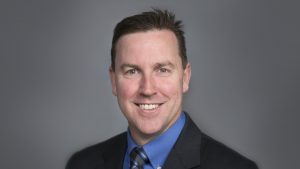 Carlisle’s replacement as president of GM Canada is Travis Hester, who began his GM career in 1995 in Australia. Since moving to the United States in 2005, Hester has had engineering positions in the U.S. and China. He became GM’s vice-president for global product programs in 2016.

Dias said Carlisle’s appointment to head Cadillac will raise his profile and influence within General Motors headquarters in Detroit and that “would be a huge benefit for us.”

GM Canada and other automakers are grappling with uncertainty surrounding the NAFTA trade talks and a period of rapid technological change.

Under Carlisle’s leadership, GM Canada has made a number of moves to keep the operation at the forefront of technological innovations while retaining some of its traditional manufacturing operations.

In January, the company officially opened a software development operation in Markham, Ont., north of Toronto, that is part of GM’s plans for driverless vehicles. Among the Markham team’s projects is Super Cruise, an automated driving technology used in Cadillac’s new generation.

De Nysschen was hired away from Nissan’s Infiniti luxury brand and named president of Cadillac in August 2014 – a few months before Carlisle was appointed to lead GM Canada.

Jessica Caldwell, senior analyst for the Edmunds.com car buying website, said de Nysschen bet heavily on the German luxury model of rolling out cars at a time when the market was shifting dramatically toward SUVs. Cadillac currently has only two SUVs on sale, the full-size Escalade and the midsize XT5, with the compact XT4 coming in the fall.

– with a file from The Associated Press