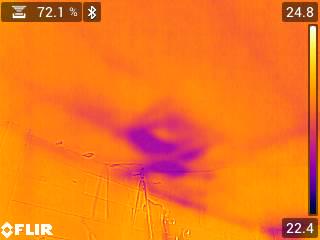 MR277 features a 50 per cent larger screen than previous FLIR moisture meter models. A dual-camera system powers FLIR MSX. MR277 can display and record MSX, thermal, and visual images, with storage for up to 15,000 images in the internal memory.