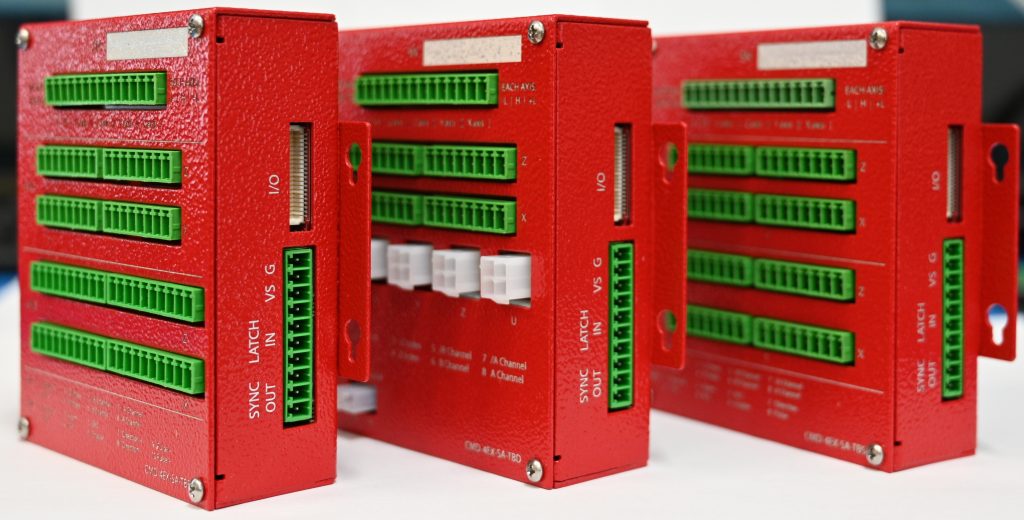 The biggest improvement to the new CMD box controller is the switch in USB interface from a custom API to a Windows HID API, which allows users to get the device up and running without installing additional software.

The second-generation controller features helical interpolation on the X-Y-Z axes and allows for circular and arc interpolation between any two axes, not just X and Y. CMD-4EX has a built-in four-axis driver with a TBD option, a pulser and an extra axis of buffer compared to the PMX.