Helping Stores Provide What You Need for Maintenance 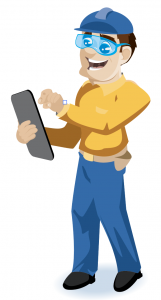 Maintainers often blame their stores for not having parts when needed. Stores point the finger right back and blame maintenance for a lack of planning. Blaming achieves nothing. The problem may be with planning, it may be with scheduling, and it may be with stores. They all share a bit, but, the problem is with demand forecasting, and no one has clear responsibility for it.

The challenge is in producing and maintaining realistic demand forecasts that your stores and inventory manager can use. Without them they rely on historical usage data, and that is often distorted and understates actual demand.

Each created job plan should identify needed parts and have an anticipated demand rate. Parts in stores are used to serve multiple equipment; therefore, demands must add together. If the parts were identified incorrectly or multiple times with different identifiers, then they should be consolidated, both on the shelf and in the recordkeeping. Demands should be combined. If a new job plan calls for a part that’s already in stores, then that demand should add to the existing demand for the item. Do planners diligently update demand for store items whenever they write or amend a job plan?

If a part is needed and isn’t available, then maintenance often resorts to a direct purchase with a rush order. They often add a few extras and put them in a cabinet for the next time. That builds a shadow inventory and keeps the usage off the inventory records. Direct purchases are handled by purchasing, and that usage is usually recorded in your inventory management system. Historical usage is then understated, and sets you up for future stock-outs. After this happens enough times, demand in the inventory system is much lower than in reality. The items on the shelves in stores are slow movers that become candidates for removal.

Maintainers mean well, but their efforts often create distortions in the data that stores need to do their job properly. Meanwhile, over in stores, it is not uncommon to find identical items with different part numbers and names all in separate bins. This happens because of errors in naming parts when adding them to stores. Nomenclature for parts must be consistent; planners and store persons need to be diligent in their use of names and numbering for parts.

Planners need to think big picture when they are looking at parts demand forecasts; it needs to include all instances of potential use for the part. That includes repairs on each asset where the part is used and consumption for PM. It’s also crucial for stores to know just how many of each item are needed for a single use. If a single repair requires two, then no less than two should be in stores.

To get this all sorted out requires a concerted and co-operative effort among planners and stores personnel. Finger pointing is counter-productive; working together can serve both you and your organization much better.