Mining sector gets back to work

Signals of heavy activity in the mining sector paint a picture of optimism. 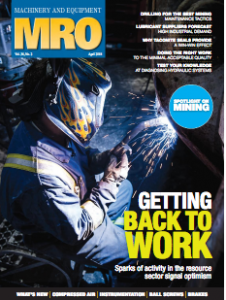 After years of belt-tightening and wrestling with battered balance sheets, a healthier mining industry narrative emerges as the industry wakes up to stories of growth and discovery.

This storyline was supported by a whopping 25,606 attendees at the Prospectors & Developers Association of Canada’s (PDAC) 2018 Convention in Toronto.

PDAC says that the turnout is “a clear signal that the mineral exploration and mining industry has regained its swagger and is building momentum.”

While there’s no likelihood of a return to the halcyon days of 2010, prices for gold, copper, zinc, cobalt and lithium have gained momentum, and are spurring an attitude of “cautious confidence” for growth prospects in 2018, say PwC analysts.

A rapid recovery of the Canadian initial public offerings (IPO) market in 2017, along with stabler prices, particularly for gold, are signals that commodity markets are starting to turn around. Heavy activity in the mining sector bolstered IPOs in Canada to its $5.1 billion five-year record posting for total proceeds raised from new equity issues, according to a PwC survey.

Analysts say the buoyant market shift was apparent in 2017 after 20 mining issues made it to Canadian exchanges (TSX, CSE and Venture). The TSX saw seven new listings in the last quarter with a value of $1.5 billion.

However, Braunsteiner could neither forecast how this activity will trickle down to mid-tier and development companies, nor what it would mean for junior miners.

A similar positive posture is presented by consulting firm Deloitte’s annual Tracking the Trends report, which says that the mining industry is once again “poised for growth.” The report, which explores key trends facing mining companies, leans heavily towards the mining industry’s transition to the digital mine of the future and forecasts future disruptors. 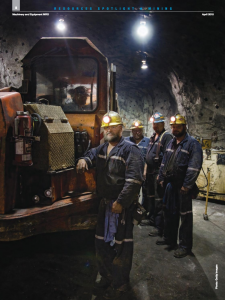 According to an annual survey of Canadian mining executives conducted by KPMG, commodity price risk is the leading challenge across the global risk landscape.

Controlling capital and operating costs remained important risks from the perspective of mining executives, echoing a sentiment to mitigate mistakes of the past, such as chasing production at any cost as commodity prices rebound.

As well, capital allocation factored high in the risk survey. Many mining companies are being creative about enhancing their capital allocation process during periods of uncertainty, said KPMG. “Those doing it best are explicitly linking capital decisions to their enterprise risk assessment process and risk appetite.”

A positive impression of Canada’s mining prospects is holding up well among mining executives, according to the Fraser Institute.

The latest Fraser Institute Annual Survey of Mining Companies, an annual global survey of mining and exploration companies, positions Canada as “the most attractive region in the world for investment.” The top jurisdiction in the world for investment is Finland, which moved up from fifth place in 2016. Saskatchewan dropped into second place, while Nevada moved to third place, followed by the Republic of Ireland, Western Australia, Quebec, Ontario, Chile, Arizona, and Alaska.

Sent to approximately 2,700 exploration, development and other mining-related companies across the globe, the survey attempts to assess the perceptions of mining company executives and is based on an Investment Attractiveness Index. The survey garnered 360 responses, providing sufficient data to evaluate 91 jurisdictions.

“Capital is fluid and one jurisdiction’s loss can be another’s gain because mining investors will flock to jurisdictions that have attractive policies,” says Green.

This article is featured in the April 2018 issue of Machinery and Equipment MRO.