In 2019, Toyota Motor Manufacturing Canada (TMMC) announced that the Lexus NX and NX Hybrid SUVs would be manufactured at its Cambridge, Ontario plant beginning in 2022. The announcement brought dignitaries, Prime Minister of Canada Justin Trudeau, Christine Elliott, Deputy Premier of Ontario and Ontario Minister of Health and Long-Term Care, and TMMC employees, to the facility. 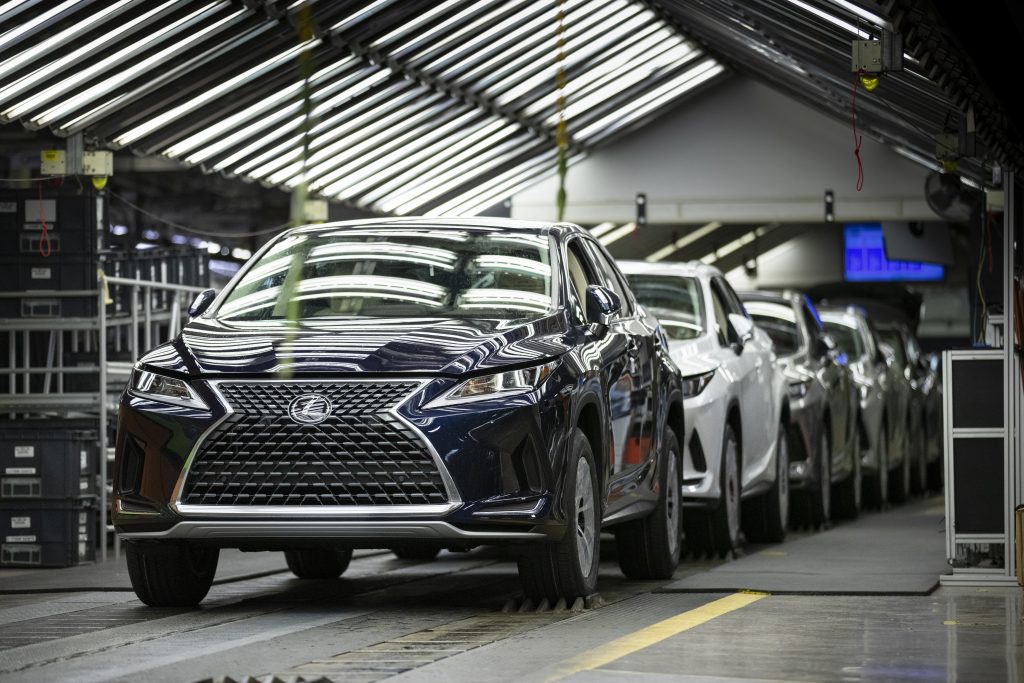 “Building on our recent Toyota RAV4 announcement and our recent facility modernization investments, we are excited to announce that TMMC has been selected to produce the popular Lexus NX and Lexus NX Hybrid models for the entire North American market,” said Fred Volf, President, TMMC.

The award-winning facility, which most recently won a platinum award for its North Plant (Rav4) and a bronze award for its South Plant (Lexus RX) from J.D. Power’s 2019 Plant Quality awards, began producing Lexus vehicles in 2003, becoming the first facility outside of Japan to do so. It has produced over 1.3 million Lexus vehicles since.

“The Cambridge plants have historically performed extremely well, and the data would support the view that they are among the most consistent in North America,” said Dave Sargent, Vice President of Global Automotive, J.D. Power. “Everyone at the plants should be very proud.” 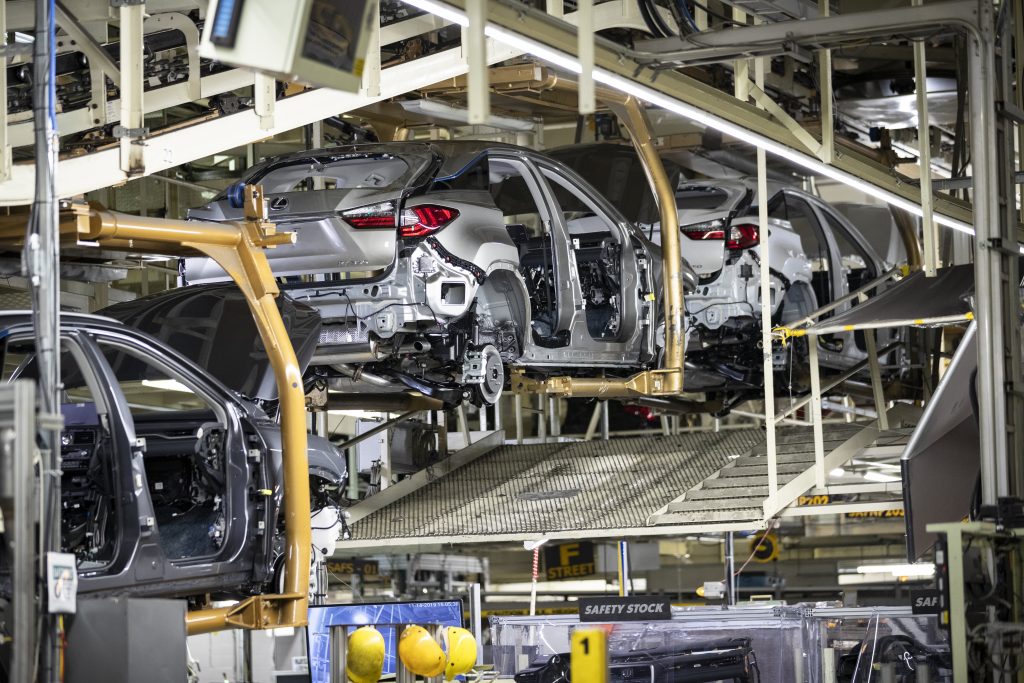 Lexus Canada is indeed proud, as it took a group of automotive journalists on a tour of the North and South plants in Cambridge, as well as a drive around the area in all-new 2020 Lexus SUVs, including the made-in-Canada RX.

The Cambridge plant has five common (or shared) facilities for both North and South: plastics, press, facilities, test track, and marshalling yard. While North and South plants each have their own assembly, paint, and welding. Combined the plants are 321,940 square-metres, and sit on 161.9 hectares of land. In total TMMC employs over 8.500 people at its three plants.

Moving away from the plant and to the vehicles that were driven on the media event, we look at the GX, RX, NX, and UX, that were available.

Beginning with the RX, which sees exterior changes to the grille, LED headlights, taillights, wheels and colours, while on the inside, new colours are available, a phone holder is added, while remote touch is updated and now the RX comes with a touchscreen as well. Rounding out the updates is a kick sensor power tailgate, paddle shifters, enhanced steering, updated suspension, and additions to the Lexus safety system. 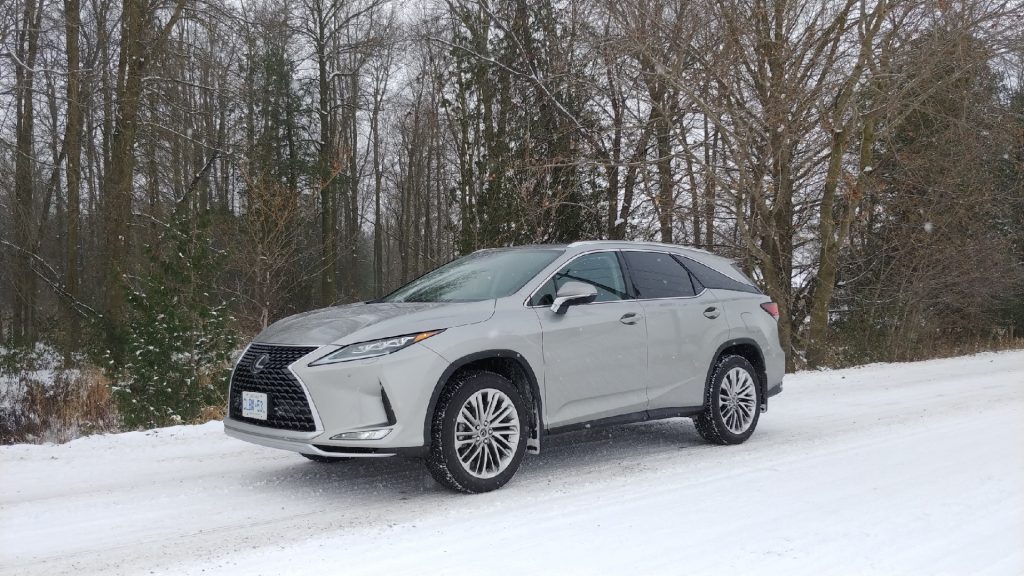 The RX is fully connected as it offers the Lexus App, which allows for the driver to see fuel level, odometer reading, and check position of windows and roof on their mobile device. Enform remote, by way of the Lexus App can also lock/unlock doors, find the vehicles, and remote start/stop the vehicle. Android Auto, Apple CarPlay, and Amazon Alexa capabilities are also part of the RX package.

“The RX is the original luxury crossover, the one that started it all, and has always offered a versatile blend of style, substance and performance. For 2020, we’ve redesigned the RX to deliver even more of what has made it a favourite year after year, with Canadian luxury buyers,” said Robert Tsang, Director, Lexus Canada.

The GX460, which is the biggest member of Lexus’ line-up, offers a new grille, full led lighting, minor exterior styling changes, new wheel and colour options, updated steering wheel, 360-degree camera, to name a few. The GX was put through its paces at an off-road course during the drive. 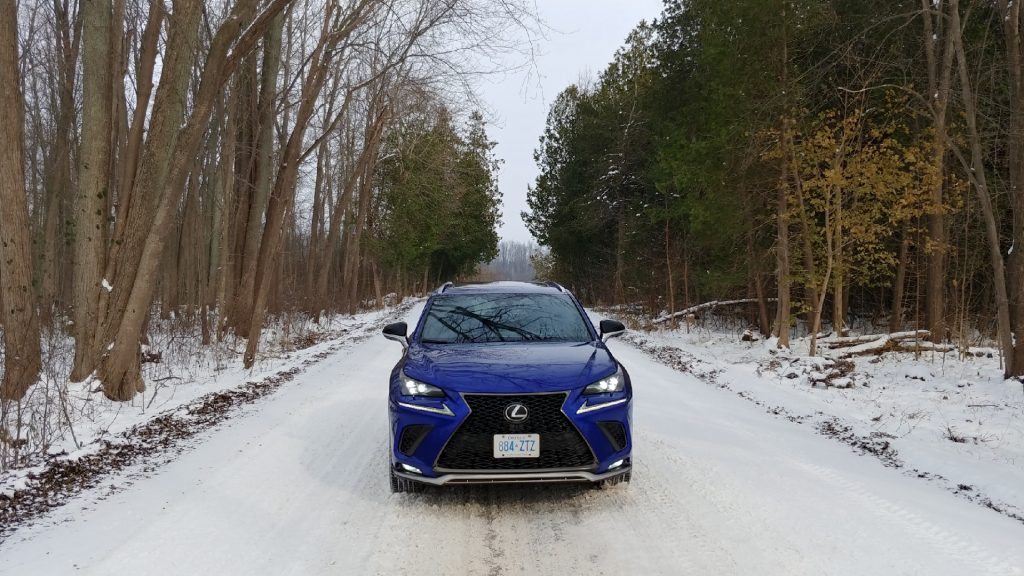 Also, part of the drive was Lexus’ second best-selling vehicle and the one coming to TMMC in 2022, the NX (which comes in NX300 and NX300h). Rounding out the line-up was the smallest of the Lexus’ SUVs, the UX (also available in hybrid form).

Going forward, Lexus Canada will be building its top two best-selling SUVs in Canada. This will not only be for the Canadian market, but the North America market, as the vehicles are sold here and across the continent. As talk of a contracting automotive manufacturing sector in Ontario continues, Toyota Canada by way of TMMC is continuing to invest in its plants in Southern Ontario, bucking the trend of plant closures and cuts. 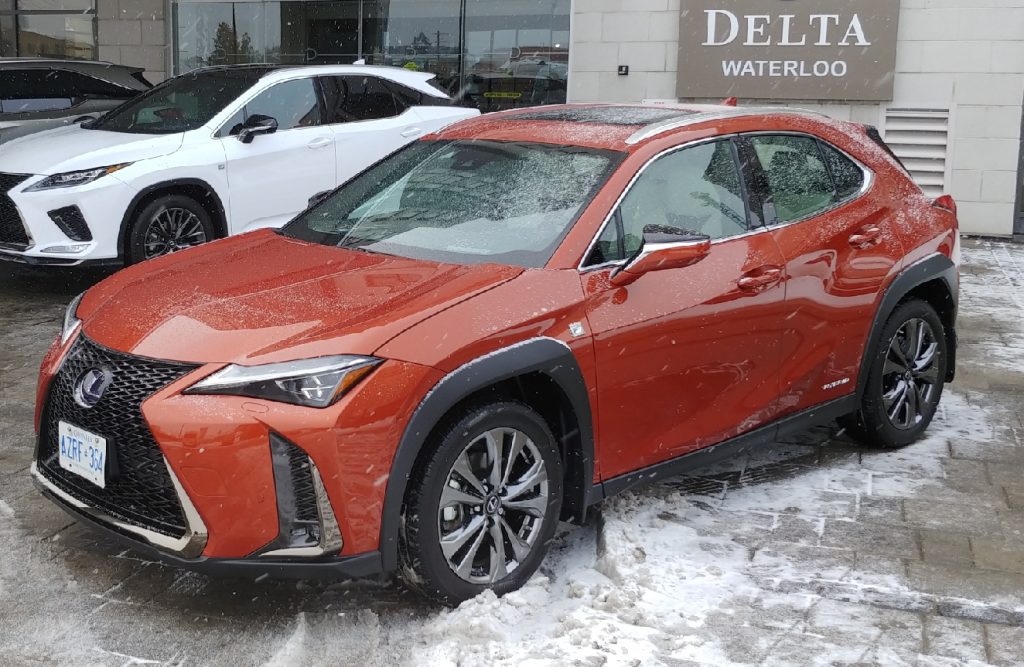