Establishment of an acoustic lubrication program

The implementation of effective and ongoing acoustic lubrication programs has proven to be challenging in industries, including power generation. 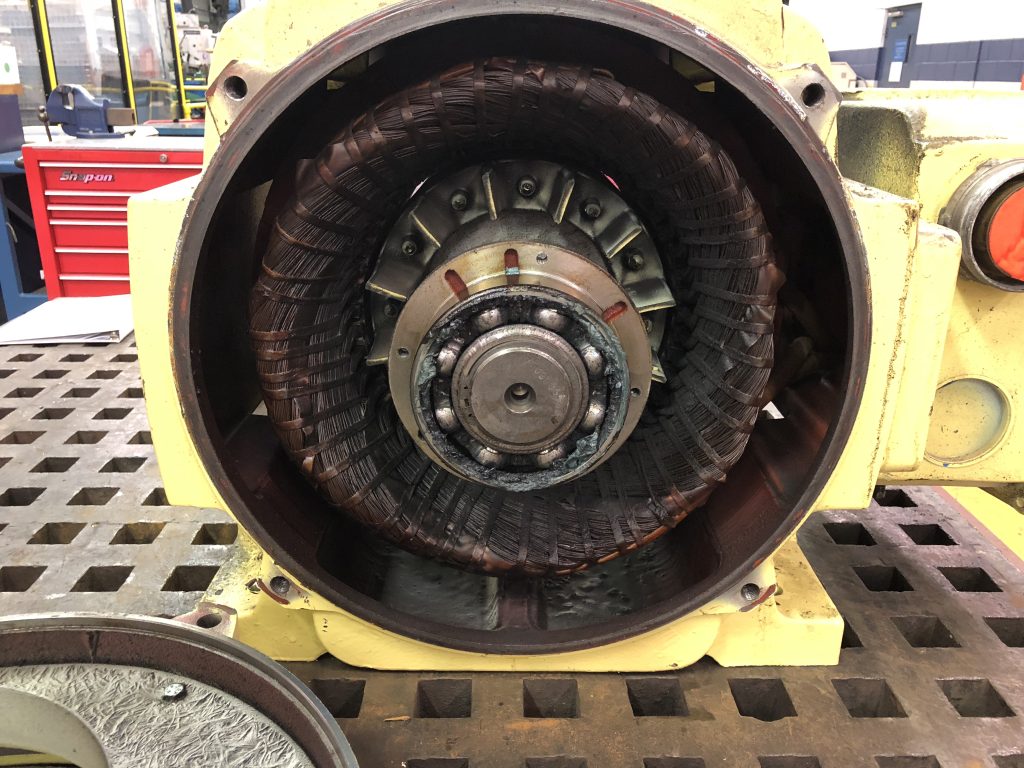 The concept of acoustic lubrication is simple enough: use specialized acoustic lubrication hardware/software to record and analyze ultrasound caused by friction from lubrication related issues in a rolling element bearing. Followed by using this information to determine the amount of lubricant to add to the bearing. It’s essentially using ultrasonic technology to “listen” to the bearing and based on audible and/or on-screen visual prompts from the technology while “listening”, grease accordingly.

The benefits of greasing using acoustic technology versus the typical calendar or time-based preventive maintenance (PM) method are known and understood. Most importantly, is the correct amount of lubricant added to the bearing. Many motor failures are the result of continually over greasing the motor bearings, with excess grease eventually entering and contaminating the motor windings. Excess grease in the bearing can lead to generation of excess heat, resulting in the need of “temporary external cooling” for the bearing in the form of air movers.

Other benefits include a reduction in facility’s grease consumption, and ensuring the correct asset is selected for greasing, which avoids cross-contamination or mixing. This can lead to a general improvement in the facility’s “lubrication culture”, including improvements in lubrication storage practices. 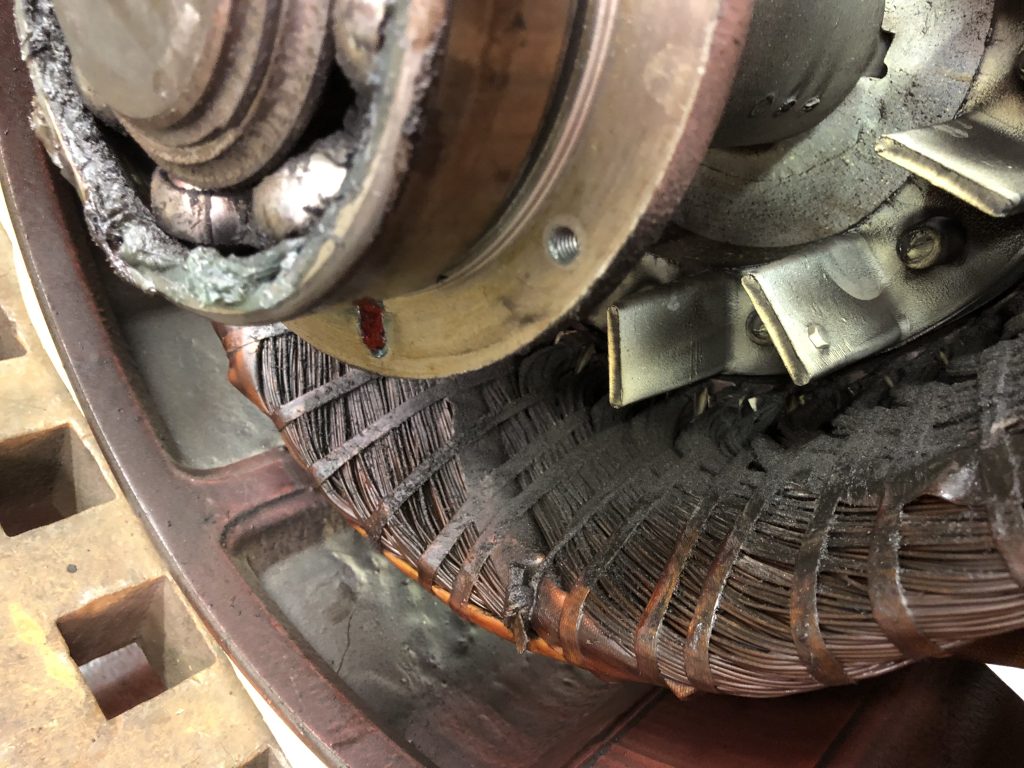 In a word, it is “sustainability”: an effective acoustic lubrication program needs to be fully self-sustaining in order to succeed. In a nuclear power station, this means there needs to be awareness, acceptance, and involvement in the program from a variety of groups, not just the mechanic in the station carrying the tool or the PdM engineer in their office advocating its use.

Although different facilities may approach their journey of implementation from different directions, and their start and end locations are not the same, certain steps must be taken in order to create an acoustic lubrication program that stands the test of time.

At Pickering Nuclear Generating Station (PNGS), the pursuit of an acoustic lubrication program began in an unlikely manner, with an issue unrelated to lubrication. In June 2016, the PdM Crew used an IR camera to identify a suspected leaking manway on a condenser, and when asked by operations if more opportunities existed for the use of this technology, PdM engineering suggested using ultrasound technology instead.

While completing the subsequent vendor-led ultrasound training, PdM engineering decided to pursue the use of ultrasound technology; to use it for rolling element bearing degradation detection, and potentially acoustic lubrication. To officially adopt it as the fourth PdM program technology in use at the station (supplementing and complementing existing infrared thermography, oil analysis and vibration analysis programs), an internal engineering standard for the technology was created. This provided “official engineering acceptance” of the technology, and a recognized starting point.

Next, upon completing a proof-of-concept report for use of the technology for leak searches in the station, funding was provided to purchase hardware and software, and vendor training for other station personnel. Development of a database identifying station equipment with rolling element bearings to be monitored was created with new software, mirroring the vibration analysis route-based collection software database, and routine collection of ultrasound data for rolling element bearing degradation detection was initiated.

The formal pursuit of an acoustic lubrication program began in earnest, when the station’s pump crew completed some of the on-site training offered by the vendor and began trialing the same vendors’ hardware for their lubrication PMs. The PdM crew and the pump crew agreed to combine their efforts with the technology into one database that would be installed on the company intranet. This allowed access for anyone needing to collect or analyze ultrasound dynamic data from rolling element bearings, and/or perform acoustic lubrication on the same equipment. 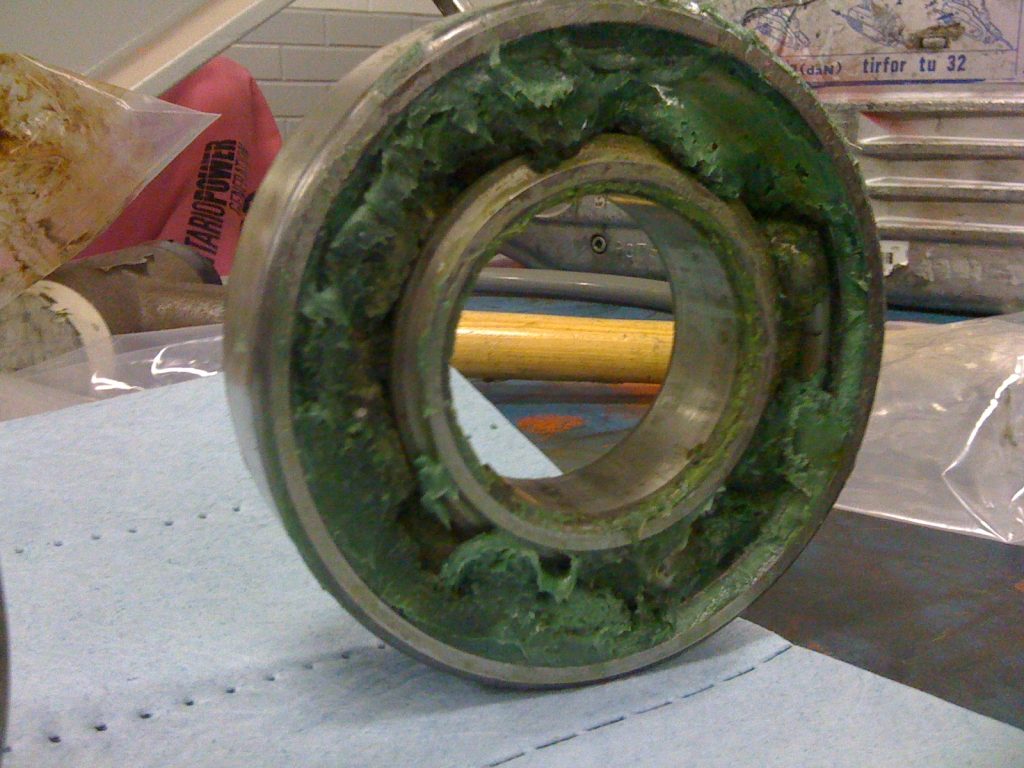 As these initiatives progressed, any opportunity for promotion of the technology to others in the station for their potential needs was not lost; station system engineers (SEs) and station operators were encouraged to borrow and field test the ultrasound hardware for their purposes. A presentation to the station Plant Health Committee by the Mechanical Maintenance Section Manager and his direct reports (including the PdM crew FLM), advocating for approval of official utilization of the technology for lubrication purposes, was crucial to achieving senior plant management buy-in for implementation. Further funding and purchase of more equipment followed.

With buy-in achieved from management, the focus shifted to engaging other station departments and personnel to obtain alignment, including the maintenance training department, the calibration lab, and of course the PM co-ordinator. All would play important roles in the establishment of a self-sustaining program.

The PM co-ordinator was an especially important contact since there are over 20,000 active PMs at PNGS, and more than 800 of these are coded as PM category = LUBE. If acoustic lubrication was to be implemented, a targeted approach was required, meaning a select group of equipment and their PMs would be trialed using this new lubrication method.

Identifying qualified sources of training (and necessary content) was discussed with the training department, and present plans are to continue to use vendor resources until an in-house training program for all-things ultrasound technology is created. The calibration lab provided station requirements for using the technology in a quantitative role, rather than as a qualitative piece of equipment with no calibration requirements (as for general leak searches). Discussions with the vendor are ongoing to ensure proper processes are followed for regular and ongoing calibration of the hardware.

PNGS has not yet achieved a self-sustaining acoustic lubrication program, but estimates are that they are about 65 per cent of the way there, much of the heavy lifting in establishing the program is complete (i.e. engagement of the organization, establishment of the ultrasound dynamic and lubrication database, and creation of the engineering standard).

How about the remaining 35 per cent and to the end of the trail? First, the final selection and updating of greasing PMs needs to occur. The calibration procedure for the hardware needs to be documented, and the network install of the ultrasound software is not complete. However, all these issues are understood, and work continues to progress them to completion.

Therefore, the development of an effective and ongoing acoustic lubrication program needs the involvement and support from many people within the organization; however, with thoughtful planning and a team approach, sustainability can be achieved, and the program will be successful. MRO
___________________
John Watling P.Eng. is a Senior Technical Engineer, Mechanical Thermal Components at Ontario Power Generation, Pickering Nuclear Generating Station.