Combination of process and monitoring data can mitigate asset shutdowns

Further digitalization of established technologies such as condition monitoring and smart sensors could have a revolutionary effect on manufacturing, says Bernie van Leeuwen, Director Product Management Digitalization at SKF. 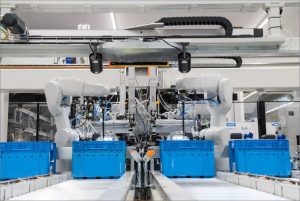 Gothenburg, Sweden – Digitalization is most apparent in the consumer market, where music downloads, online shopping and on-demand TV are hailed as marvels of the digital age. However, digitalization is also having a huge effect on manufacturing. It is an opportunity that SKF is using to improve its business.

The ability to collect and manipulate vast amounts of digital information will catapult manufacturing into the future. By embracing digitalization, SKF is enhancing its core offering – bearings technology, and related services – so that customers can further boost the performance of their rotating equipment. Furthermore, by focusing on industrial digitalization, SKF aims to drive the further optimization of cost and efficiency of the full value chain, including World Class Manufacturing and Supply Chain integration.

Growing expertise
Digitalization will affect all parts of the value chain, from design and manufacturing through to purchasing and maintenance.

SKF has been monitoring equipment remotely for around 15 years and now has around one million bearings connected to the cloud. Data is gathered and interpreted daily, often with assistance from experts. The ability to handle this data leads to enhanced analytics – allowing SKF to earlier detect potential failures in rotating equipment that affect overall equipment reliability and to get a better understanding of critical product and system design requirements.

SKF has already developed platforms to help customers gather and interpret data. For instance, SKF’s Enlight platform helps operators visualize data from a variety of sources, using a device such as a smartphone or tablet. This is a smart way of putting Big Data into an operator’s pocket.

The “connectivity” of the data runs in all directions, and can be used in many ways. At its simplest, it connects a sensor to a remote diagnostics centre. However, the data – on the health of a bearing, for instance – can be fed right back to the design stage, and used to help redesign a better product.

Increased digitalization has also begun to allow more customized manufacturing. Because it can cut machine re-setting times close to zero, there are fewer restrictions to making customized products. Recently, the owner of an aluminium mill required bearings that would allow increased output – through a higher rolling speed – as well as lower maintenance costs and the elimination of unplanned downtime. SKF was able to produce four-row cylindrical roller bearings – complete with optimized surface properties and customized coatings – to boost service life and robustness, as well as designing out product cost. 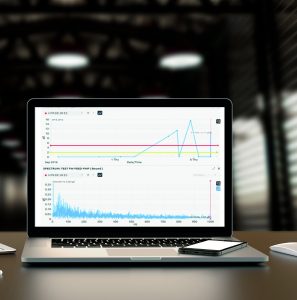 Paid for performance
A major shift in the future – aided by digitalization – will be the way in which SKF plans to serve customers. While the usual “transactional” model of providing hardware will remain important, it will start to be replaced by more performance-based contracts.

Here, SKF will be responsible for ensuring that the customer’s operations remain efficient. Supplying hardware like bearings will then support the services – from predictive maintenance to lubrication expertise – that deliver this extra efficiency.

Recently, SKF agreed to a five-year “Rotation For Life” contract with Zinkgruvan Mining of Sweden. SKF will carry out remote monitoring of four mills at a Zinkgruvan enrichment plant. The company will then pay SKF a fee – based on whether it meets its productivity targets.

This arrangement relies on digitalization technologies working in synchronization. In one element of the contract, monitoring data from a conveyor belt is gathered automatically – with no human intervention – and an SKF specialist analyzes the deviations if necessary, while a distributed lubrication system keeps the line running at optimum efficiency.

The ability to correlate a wider variety of data can further improve performance. For instance, the condition monitoring data that SKF routinely collects can now be combined with “process” data, such as machine speed and control parameters, through a collaboration with Honeywell. Combining these data streams has helped one of SKF’s joint customers – a major copper producer – to make more informed decisions on maintenance and asset performance.

The customer says that part failure would once have led to shutdown – but this can now be avoided thanks to the advance warning provided by the combination of process and monitoring data.

Having access to this wider array of data could enhance maintenance, and help customers to make more informed choices. For example, analyzing both monitoring and process data might reveal that slowing a machine down by three per cent would extend the maintenance period by four weeks. The customer can then balance a slight reduction in output with a longer production period – and make the best possible decision. 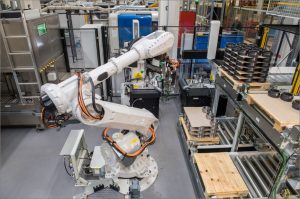 Self-replacement
Automatic detection of a failing bearing is a massive step forward in efficiency. However, the process of ordering the replacement – including sending the purchase order through to manufacturing, estimating the lead time, and delivering the part – still involves major human intervention.

SKF is already gearing up for a future in which the faulty part effectively puts in an order for its own replacement. Because a smart sensor can already diagnose itself, it’s not hard to imagine that it might send an automated message all the way back through the supply chain.

It goes further than this: increased digitalization streamlines the manufacturing process. It has already helped to shrink machine re-setting times. In this way, a specific replacement part can be scheduled for addition to the production line with minimal disruption – and fast turnaround.

Combining these two factors – accurate prediction of a failing part, with “manufacturing to order” – ensures that some “projected demand” for parts is replaced by “actual demand.” This extends the just-in-time manufacturing concept down as far as the individual component – and could one day bring stock levels close to zero. It’s hard to imagine a world without stock, but this vision is within sight.

This type of system is yet to be developed. However, SKF is running pilots in specific areas of the supply chain. In the future, the plan is to join these pilot projects together, allowing full, end-to-end digitalization.

The enormous power of existing digital technologies – such as smartphones – makes it easy to think that we have reached a pinnacle of performance. However, we are only at the start of digitalization within manufacturing. Every aspect of the manufacturing value chain can be enhanced by digitalization. Some have already emerged, while others are still on the horizon.

Can we really move from self-diagnosis of a bearing to self-ordering? Yes, we can: the hard part is predicting when it will happen.