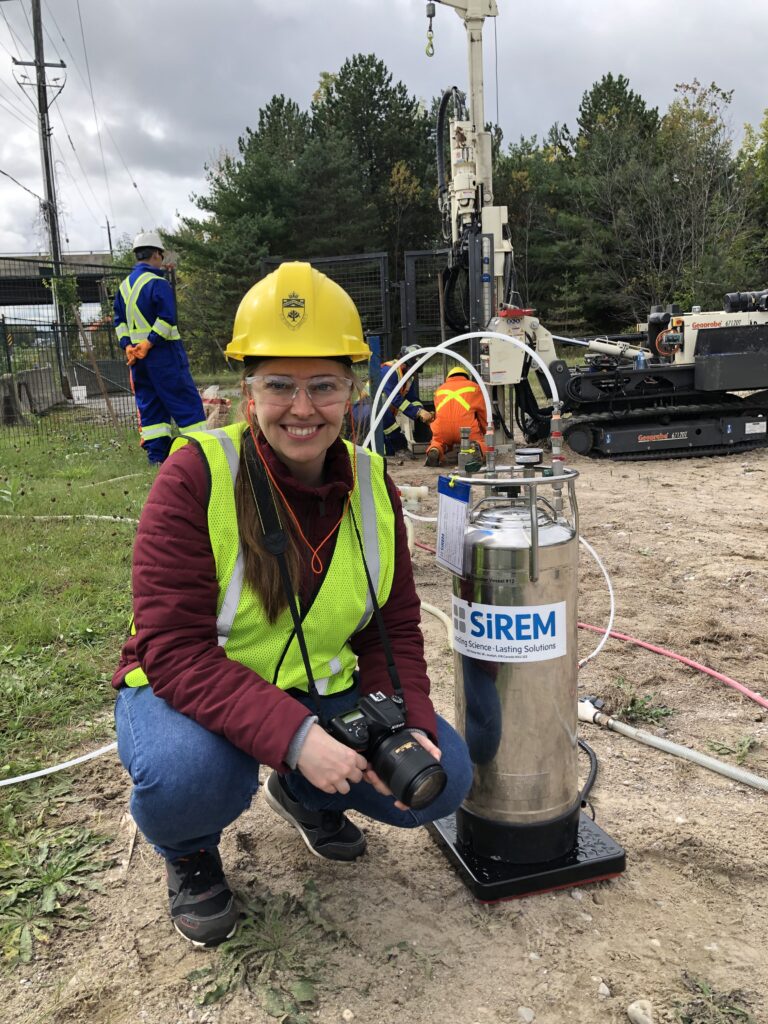 University of Toronto researcher Courtney Toth has been experimenting with fermenters to grow a cocktail of microbes that ‘eat’ some of the world’s most widespread contaminants.

The research has earned Toth the Mitacs award for commercialization. The award will be presented at a ceremony at the National Arts Centre in Ottawa on November 22.

Toth, a postdoctoral researcher working under the supervision of Professor Elizabeth Edwards in the department of chemical engineering and applied chemistry at the University of Toronto, is being recognized for her role in the development of anaerobic microbial cultures (mixtures of bacteria and other microscopic organisms that grow in the absence of oxygen) that completely break down a toxic class of petroleum hydrocarbons known as BTEX – benzene, toluene, ethylbenzene, and xylene. The technology builds on decades of research and is now being deployed at contaminated sites where oxygen is limited, including deep soils and groundwater. In Canada alone, petroleum-contaminated sites, such as old gas stations and orphaned oil wells, number in the thousands.

“Wherever we use petroleum products, there is a risk of hydrocarbon contamination. BTEX is especially hazardous when it enters groundwater systems, as it can spread far from the source of contamination. To protect human and environmental health, we need cost-effective, sustainable solutions that can clean it up,” said Toth. “That’s where our cultures really shine.”

After conducting dozens of lab experiments, Toth and her team have shown that the cultures developed can reliably degrade BTEX, and are safe for use in the environment. Specialized drilling equipment is used to inject the cultures deep underground into plumes of hydrocarbon contamination. It’s then up to the microbes to do the rest.

Toth is one of eight Mitacs award winners nationally, chosen from thousands of researchers who take part in Mitacs programs each year. The remaining seven recipients were recognized in other areas of research.