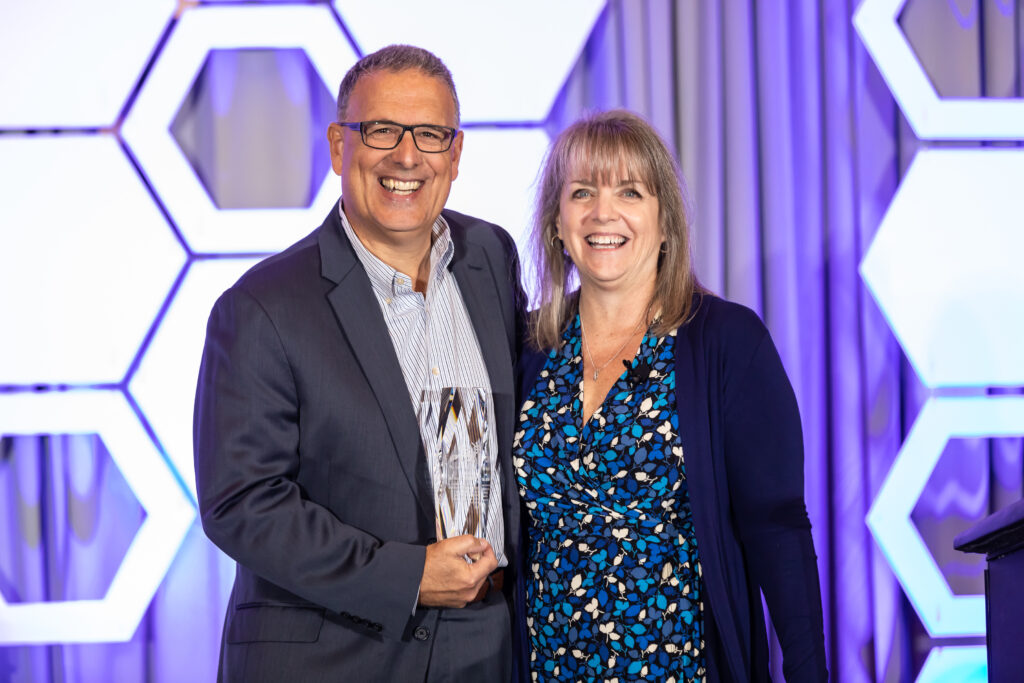 The Power Transmission Distributors Association (PTDA) named the owner of Master Power Transmission, Michael Cinquemani, as the 31st recipient of its Warren Pike award for lifetime achievement in the power transmission/motion control (PT/MC) industry. He received the recognition during the PTDA 2022 Industry Summit on October 28 in Nashville.

Established in 1984, the Warren Pike award is given to individuals who have demonstrated long-term support of PTDA and the PT/MC industry. Warren Pike award recipients are selected by the PTDA board of directors.

Cinquemani began attending the PTDA Industry Summit in 2004 and became a volunteer on the membership committee. He has served on over nine committees and task forces, including leading as the manufacturer council as chair and serving on the PTDA board of directors for multiple terms.

Cinquemani began his career with Rockwell Automation, with the 2007 sale of the company to Baldor Electric Company. In 2010, Michael bought Master Power Transmission.

“Working with friends makes for trusting relationships which elevate our performance,” said Cinquemani in his acceptance speech. “This makes us more effective in our jobs. I am thankful to have had the opportunity to work in this industry with my friends.”