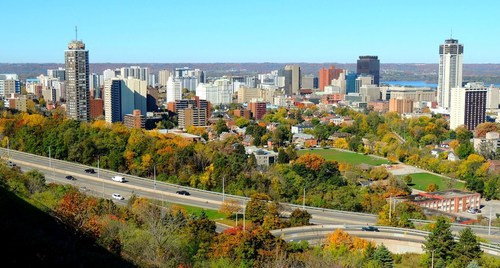 Nerva Energy held a grand opening event on October 20 to celebrate the 33,000 square-foot facility in Hamilton, Ont., located on 41A Brockley Drive.

This facility was previously occupied by an American automotive supplier who closed their only Canadian location earlier in 2021, and as a result, Hamilton lost 100 jobs.

“We are proud to be replacing ‘non-sustainable’ and ‘old economy’ jobs with sustainable jobs to power Canada into our zero-carbon future,” said Chris Ridabock, strategic advisor, NERVA.

NERVA Energy shares a partnership with Hamilton’s Mohawk College, helping schools, hospitals, and municipalities drive energy efficiency and reduce GHG emissions. Mohawk, has succeeded in reducing its own direct carbon emissions by 63 per cent from the 2007 baseline year.

The Nerva Energy team has grown from a staff of ten to a team of 50+ engineers, auditors, and technicians in less than five years.