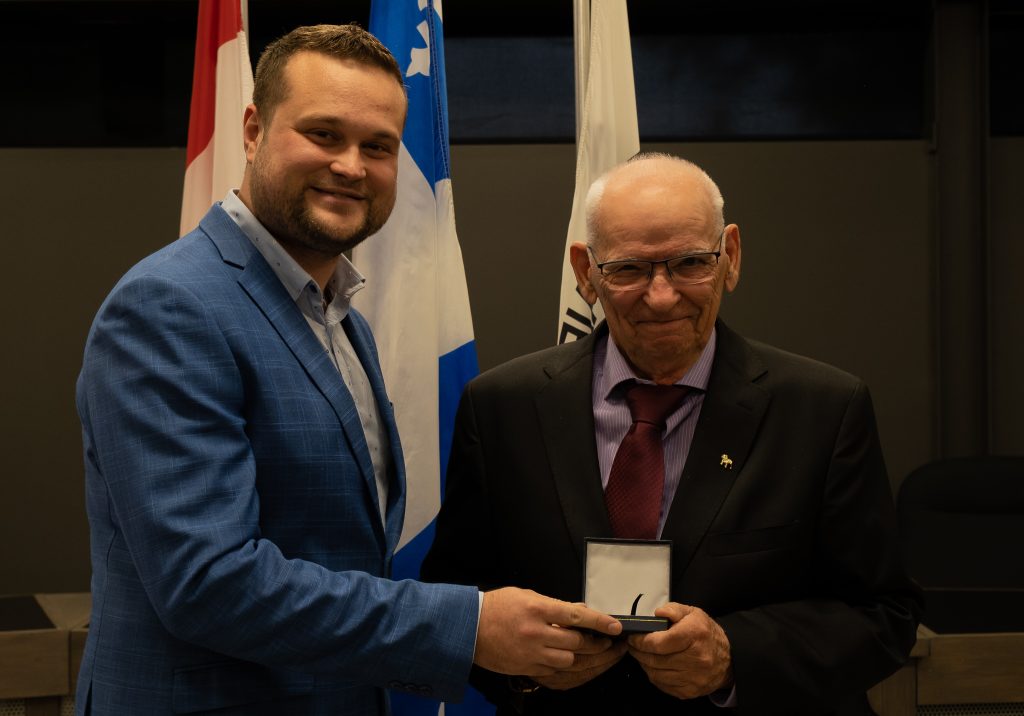 André-Marie Simard, founder of Simard Suspensions, was given the honorary distinction at The Order of Merit ceremony. The event is organized by the city of Baie-Saint-Paul to honour the contribution and development of the community by its citizens.

In 1983, Simard took over Simard Suspensions and carried out his first modifications, adding a second front-axle, which made it possible to safely increase the load capacity, profitability, comfort, maneuverability, and longevity of the trucks.

In 1992, he obtained his Canadian and American patents for the AMS tandem spring front suspension. Simard developed other suspensions for which he would also obtain patents.

Nearly 200 employees design, manufacture and install these solutions. To date, nearly 25,000 trucks have passed through Baie-Saint-Paul to receive conversions from Simard Suspensions.