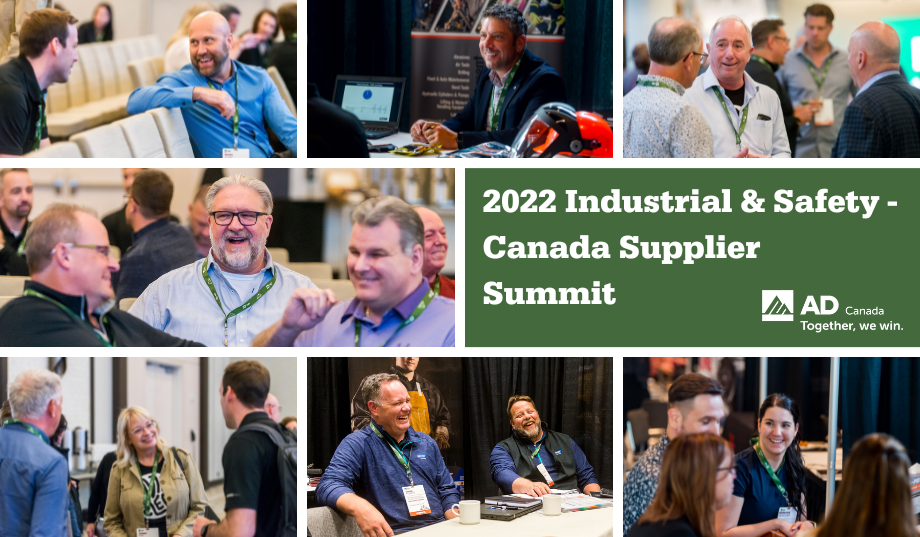 The 2022 AD Industrial & Safety Canada Supplier Summit was hosted in Vancouver with nearly 400 participants in attendance.

The event saw the re-launch of AD Canada’s Gender Equity Network (previously known as the Women in Industry Network). The objective is to promote healthy workplaces where everyone feels included and empowered, with overall awareness, and change as it relates to gender inequities being a primary focus of the group.

“The 2022 AD Industrial & Safety – Canada Supplier Summit was something special, and unlike any other gathering during my years at AD,” said Rob Dewar, president, AD Canada. “Because after being forced apart for so long, our division’s members and suppliers came together with true passion and persistence, fueling growth and new relationships while instilling a renewed sense of vision and enthusiasm.”

The division returned 101 per cent of rebates to members, while growing remittances by 20 per cent and increased rebate redistribution by 24.4 per cent.