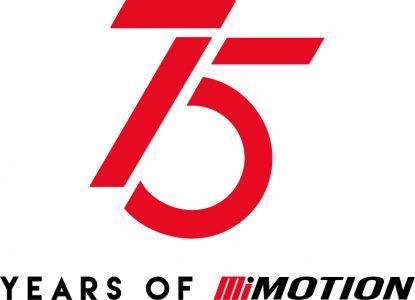 Motion Industries, Inc., celebrates its 75th anniversary of being in business this year.

Activities are planned in celebration of this anniversary throughout the year to engage employees, vendor partners and customers.

“Motion’s success is a reflection of the hard work of all our team members and suppliers, as well as the trust of our customers, since our founding in 1946,” said Randy Breaux, President, Motion. “We appreciate the support of everyone who has played a role in our proud history and look forward to exponentially building on our success during the next 75 years and beyond.”

In 1946, two friends, a U.S. Marine Corps veteran and a U.S. Navy veteran, purchased the industrial parts supply business Owen-Richards and opened its first location in Birmingham. Over the years, the company expanded beyond Birmingham, first regionally and then nationally, and finally into Canada and other countries.

“Co-founders William Spencer and Caldwell Marks might be amazed, but not surprised, that 75 years later, the business would grow from that one location to over 700 branches, distributions centres and fabrication/repair centres spanning from North America to the Asia Pacific,” said Breaux. “Employees would grow in number from the first handful to more than 7,000 employees throughout these global locations, and sales would grow from $500,000 plus in year one to over $5.5 billion annually.”