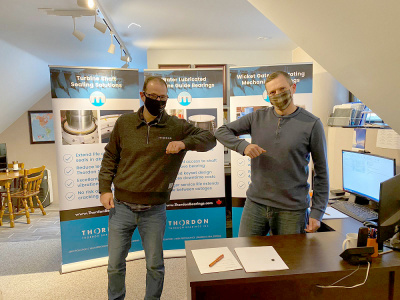 Thordon Bearings has appointed Millstream Engineering as an authorized distributor for the Southern Ontario and Western Canada regions.

Millstream Engineering, located in Orillia and Burlington, Ont., will provide distribution and engineering support to Thordon’s portfolio of hydropower, vertical pump and industrial bearings and seals.

“There was an opportunity for a new engineering and product company to step in and focus on this important region,” said Greg Auger, Co-Founder, Millstream Engineering. “Thankfully, we received a very positive response, with Thordon seeing Millstream as providing a good opportunity to cover more of the Canadian market and to get more of this revolutionary bearing technology out there.”

The two companies have implemented a transitional process, and Millstream has taken on some existing accounts and secured its first projects as Thordon Bearings’ distributor.