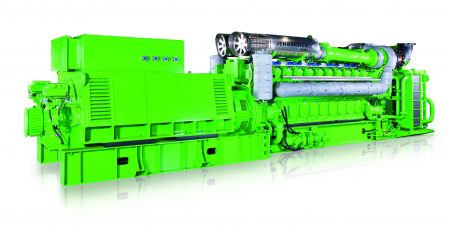 The European power grid experienced a sudden and critical drop in electrical frequency. A potential blackout was avoided by European grid operators, including further splitting up of Europe’s interconnected power system. A stable frequency was regained within a few minutes.

An active part in the operation was played by around 4,000 INNIO Jenbacher gas engines.

A frequency deviation from the normal 50 Hertz is a highly precarious situation and can, in extreme cases, lead to a large-scale and lengthy power failure known as a “total blackout.” To prevent this from happening, automated security systems have been put in place that can be enabled at short notice and these backup systems swung into action.

“Because of the recordings made by our myPlant asset performance management system, we know that at the time of the near-blackout in January 2021, almost 4,000 Jenbacher gas engines played a role in stabilizing the European grid.” said Andreas Kunz, Chief Technology Officer, INNIO.

The engines responded to the frequency change within a few milliseconds and helped avert a damaging blackout by feeding around six gigawatts into the European grid.

The continuous expansion of renewable generating capacity in Europe also places increasing demands on energy supply systems. This is due to the volatile nature of renewables, since they only supply electricity when the wind is blowing or the sun is shining.

“The decentralized supply of energy based on cogeneration systems has a key role to play in securing the electricity and heat supply across Europe in the decades ahead and in putting the energy supply on a more sustainable footing,” said Kunz. “In the short and medium term, that means gas power plants that operate on natural gas. In the long term, these plants must also be made CO2 neutral by running them on biomethane or even CO2 free through the use of hydrogen, for example.”