Honda Canada Inc. (HCI) hit the milestone of Honda of Canada Mfg.’s (HCM) producing the nine-millionth vehicle at its manufacturing facility in Ontario. 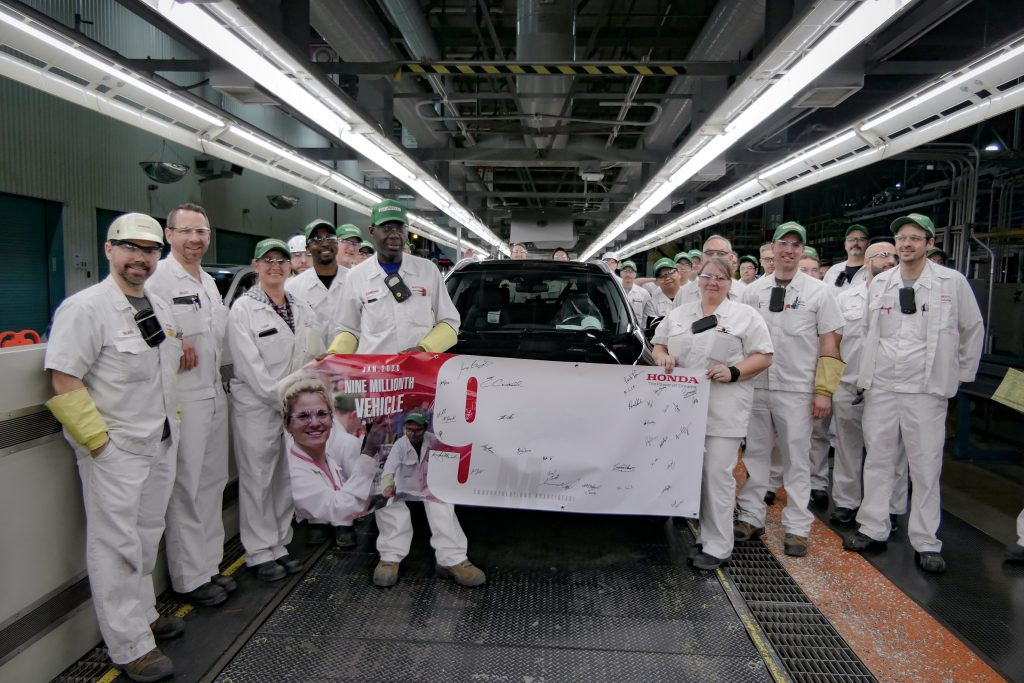 Honda Canada Inc. has now been in Canada for 50 years of operations and 34 years of vehicle production. Since 2013, on average over 57 per cent of HCI vehicles sold in Canada were built in Canada.

“These milestones not only showcase the success of our products, but the dedication, capability and collaboration of our Honda associates and dealerships across the country,” says Dave Gardner, President and CEO, Honda Canada Inc. “We are very proud of how we’ve grown, how we’ve invested in Canada and the fact that so many Canadians are part of the Honda family. I want to express my sincere thanks to everyone who has contributed to our success and I’m looking forward to our bright future here in Canada.”

Honda built its first vehicle in Canada in 1986 and since has added a second vehicle production facility, and an engine manufacturing plant. In 2014, Honda invested $857 million in technologies and processes to modernize its manufacturing capabilities in preparation for production as the global lead plant for the 10th generation Honda Civic. Today, Honda’s investment in Canadian manufacturing facilities has grown to more than $4.2 billion. Also, Honda Canada buys $2.1 billion in goods annually from Canadian-based suppliers.