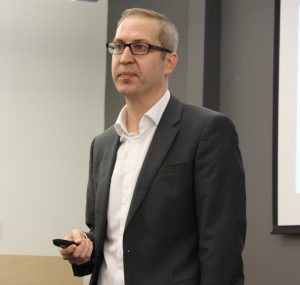 “Stephen Tapp’s presentation was very informative and certainly provided attendees with excellent information as they face a slowing global economy and an uncertain global trade environment,” said Robert Cattle, Executive Director, CTMA. “It was very interesting to hear his views on the USMCA deal, the political climate in Washington, as well as how the tariffs that are still being applied to other countries, affect supply chains within North America.  It was also very interesting to hear his comments on the escalating trade dispute between the U.S/China and the implications that could result worldwide.” 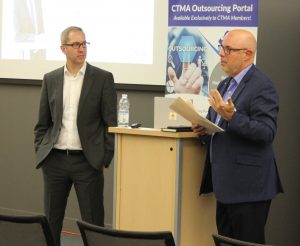 Tapp also spoke about the rise of protectionism, and how 92 per cent of Canadian exporters expect that protectionism will stay the same or increase in the next year. He touched on various tariffs, including United States tariffs on China (which is hurting trade between the two countries), how Canadian steel and aluminum is recovering (after U.S. tariffs), and how despite tariffs the economy slowing is causing weak inflation.

The Ontario seminars took place in Windsor, Kitchener and Mississauga.