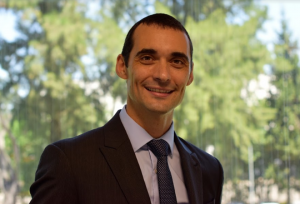 Ariel Rubinstein has been named President and General Manager at Atlas Copco Compressors Canada, effective as of October 1.

Rubinstein has been with Atlas Copco Argentina S.A.C.I since 2004, where he began as a Service Engineer. He has held a variety of roles since, including Aftermarket Manager, Compressor Technique Service Business Line Manager, Service and Engineering Manager for Toyota Material Handling Mercosur.

In 2013, he became GM of Atlas Copco Argentina S.A.C.I., which is his current position.

Rubinstein is an industrial engineer from the Merchant Navy University in Argentina.