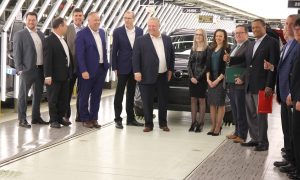 Toyota Motor Manufacturing Canada (TMMC) recently celebrated the first Toyota RAV4 coming off the production line at its Cambridge, Ontario production facility. The North plant has until recently produced the Toyota Corolla compact car, however, with ever changing driver tastes, the plant has been retooled to join TMMC’s West plant in Woodstock, Ont., to produce the RAV4.

On hand at the production launch were workers at the plant, Ontario Premier Doug Ford, Todd Smith, Minister of Economic Development, Job Creation and Trade, Belinda Karahalios, MPP for Cambridge, Amy Fee, MPP for Kitchener South—Hespeler, and Mike Harris Jr., MPP for Kitchener—Conestoga, as well as media and invited guests. 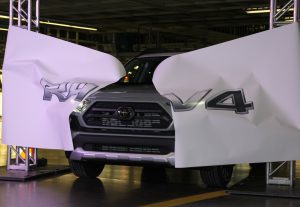 “Our government continues to send a message to job creators like Toyota — Ontario is open for business and open for jobs,” said Ford. “Our government is working for the people by cutting red tape and lowering business costs. We are putting Ontario back at the top of the list as a place to invest and support good, local jobs.”

The RAV4 is the top-selling sport utility vehicle in Canada, and the top-selling non-pickup truck in North America. With strong demand, the decision was made to have both Woodstock and Cambridge TMMC plants in Ontario produce the RAV4. 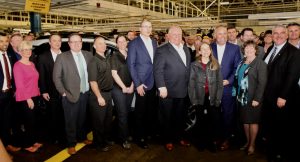 “Our government is serious about prioritizing competitiveness, innovation and talent across the entire automotive supply chain,” said Smith. “Production of the next generation RAV4 — among Toyota’s most successful and innovative vehicles — is great news for Ontario’s auto sector and our skilled workforce. Toyota’s decision to produce the next generation RAV4 in Cambridge is another example of how Ontario’s skilled workforce and advanced supply chain are perfectly suited to build the vehicles of tomorrow.” 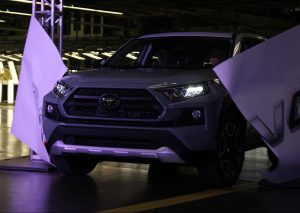 TMMC is one of the top automobile producers in Ontario. With the recent change to the machines and tooling to accommodate its top-selling North American vehicle, it hopes to continue that trend.