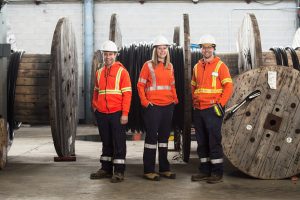 Ottawa – Hydro Ottawa Holding Inc. has released its 2017 Annual Report, which showcases the company’s strong performance and celebrates the completion of its Chaudière Falls expansion project.

Hydro Ottawa’s core mandate is to continue to provide a safe, reliable, affordable, and sustainable supply of electricity to approximately 332,000 homes and businesses that rely upon it every day; and to ensure a more sustainable energy future for its community.

“We are proud of the company’s achievements in 2017; a year in which we energized our newest hydroelectric facility and strengthened our customer engagement and service offerings including a mobile app to increase customer convenience and control,” states Durrell.