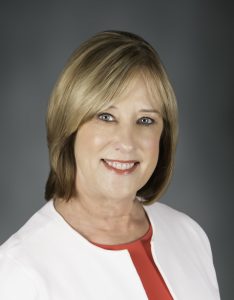 Birmingham, Ala. – Motion Industries, a leading distributor of industrial maintenance, repair, and operation replacement parts,  announced that Ellen Holladay, the company’s SVP, Chief Information Officer and Operational Excellence Officer, is the 2018 recipient of the Bearings Specialists Association (BSA) Lifetime Achievement Award. The presentation was made at the association’s 2018 Annual Convention April 28 – May 1 at the Hyatt Regency Coconut Point Resort & Spa in Bonita Springs, Florida.

Ms. Holladay joined Motion Industries in 1990 as Manager of Systems Planning and has since led the development of Motion’s highly refined supply chain capabilities, including a comprehensive integration platform designed to address the complex requirements associated with business-to-business transactions among North America’s leading manufacturers and suppliers. In addition to CIO responsibilities, Ms. Holladay leads the eBusiness and Operational Excellence groups within Motion.

Ms. Holladay has been a BSA member since 2000 and immediately stepped into a leadership position the following year as Information Technology & Logistics, Chair. She has continually held a BSA leadership position since, including First Vice President in 2010 and President in 2011. Ms. Holladay has continued to support the organization as an active committee Chair and has contributed to the annual convention programs by participating in panel discussions and presenting reports.

According to the BSA, a recipient of its Lifetime Achievement Award must have been a member or participating manufacturer of BSA for at least 25 years, attended BSA events, been actively involved in the affairs of the association and demonstrated a leadership role within the industry.

BSA is an international service and educational organization of distributors representing a total of almost 100 companies distributing factory-warranted, anti-friction bearings and invited manufacturers of bearings and related products.