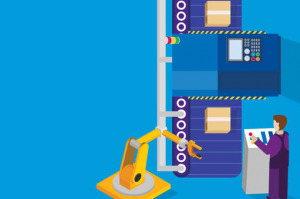 According to KPMG’s Canadian Manufacturing Outlook 2016 released on September 29, Canada’s manufacturing sector has the skills, confidence, and tools for growth, but there is concern around economic risks and volatility of foreign exchange rates. There is also a strong need for increased innovation, collaboration, and a greater appetite for opportunities beyond the United States in order to stay competitive globally.

This year’s report reveals that Canadian manufacturers are ready to make their move, with over half (57 per cent) indicating they have made exploiting opportunities for growth a top strategic priority. In contrast, global manufacturers are eyeing a more aggressive approach to growth within new markets and sectors, stronger plays for innovation and exhibit higher tolerance for risks than Canadians, according to KPMG’s Global Manufacturing Outlook 2016 (PDF 2.49 MB). In fact, nearly three-quarters of global manufacturers indicated growth is a high priority over the next two years.

While it’s clear that Canadian manufacturers are targeting growth, they will need to increase the pace in R&D, innovation, and speed to market in order to compete globally. This is evident throughout the findings of KPMG in Canada’s Canadian Manufacturing Outlook 2016: