TSSA winners of the 2016 Safety Awards 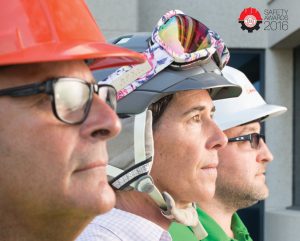 “This year’s winners represent the breadth of TSSA’s regulated sectors in fuels and ski lifts and reflect a commitment to public safety that is both admirable and worthy of recognition,” said TSSA President and CEO Michael Beard. “This year’s recipients not only brought a greater level of safety to those around them. They reinforced the notion that safety is a shared responsibility in extraordinary ways.”

Launched in 2015, TSSA’s Safety Awards program was created as a way to formally acknowledge individuals and organizations that have made significant contributions to public safety in TSSA’s regulated sectors. This year’s awards were issued in Toronto during a ceremony held as part of TSSA’s Annual General Meeting.