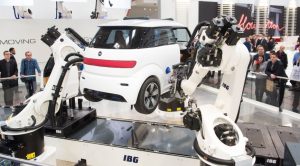 Hannover/Chicago – The United States is Germany’s number one trading partner for first time in 40 years. Total trade volume reached 173 billion euros in 2015, and a recent Deloitte study indicates that German manufacturers see the U.S. as the driver of the world economy. Deutsche Messe’s five industrial trade fairs that are co-located with IMTS (12–17 September 2016; McCormick Place, Chicago) confirm the renewed interest from Europe’s largest economy: 20 per cent of the more than 400 exhibiting companies are based in Germany. With 48 exhibitors, the German Pavilion is more than two times bigger compared to 2014.

“Re-industrialization and a lower euro exchange rate have generated growing demand for ‘Made in Germany’,” said Wolfgang Pech, senior vice president at Deutsche Messe. “The latest statistics from the German Engineering Federation confirm this: in the first three quarters of 2015, German machinery and plant manufacturers exported products worth almost 13 billion euros to the U.S. Many of our German customers expect substantial sales growth in America in the near future, so it is no wonder that German participation in our events in Chicago has spiked. We provide a great platform for meeting current and new customers.” 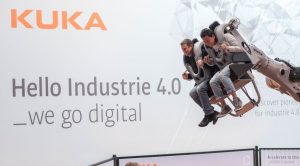 Combined, IMTS and Deutsche Messe’s events will feature more than 2,000 exhibiting companies on 1.3 million square feet of net display area. AMT, organizer of IMTS, expects more than 120,000 registrants. “Orders for manufacturing equipment and machinery in the U.S. are expected to bounce back towards the end of 2016, so we expect to see many manufacturers in Chicago looking to upgrade their factories and plants,” says Pech.