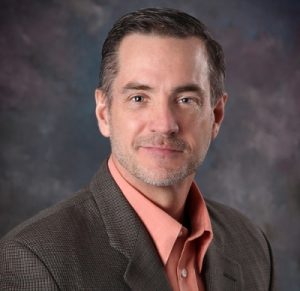 Mathew W. Happach has been named president of Lovejoy, Inc.

North Canton, OH – The Timken Company, a world leader in bearings and mechanical power transmission, today announced that Mathew W. Happach has been named president of Lovejoy, Inc. At the same time, Lovejoy’s CEO Woodrow “Woody” Haddix assumes the role of advisor to the president, supporting Happach through the transition period. Timken announced that it has acquired Lovejoy, adding the premium manufacturer of industrial couplings and universal joints to the Timken line-up of mechanical power transmission products.

“Mat brings great experience in the power transmission space as well as broad leadership skills to his new role,” said Hans Landin, vice president of mechanical power transmission products for Timken, in announcing the appointment. “He and Woody share the same goal: to build the Lovejoy business and brand while ensuring that customers continue to experience the high levels of service and support that have long been a Lovejoy hallmark.”

Lovejoy, Inc., is based in Downers Grove, IL, with additional locations in the U.S., Canada and Germany. Widely recognized for its flexible coupling design and as the creator of the jaw-style coupling, Lovejoy also manufactures a line of universal joints, hydraulics and vibration dampening products. The company’s Lovejoy®, Curtis® and RunRight®  products have long been mainstays to diverse industries including energy, fluid power, food and beverage, aggregate, paper and steel.

A Timken associate since 1987, Happach has extensive experience in OE and distribution sales, marketing and planning functions. He has served as director of aerospace bearings, managing director for Europe, managing director for Korea and Japan, and also was vice president of the global rail businesses. Previously Happach also held leadership positions in global marketing and business planning and was the director of sales and marketing for the Timken business in India.

Happach received a bachelor’s degree in mechanical engineering from Bradley University and holds a master’s degree in business administration from The University of Texas at Arlington. Happach and his wife will relocate to the Chicago area in the near future.

Haddix most recently was chief executive officer of Lovejoy, Inc., and has extensive industry experience.  Prior to Lovejoy, he held positions in Premier Industrial, Hawk Powder Metal Group and International Harvester.  He earned both a bachelor’s degree and a master’s of business administration degree from DePaul University.