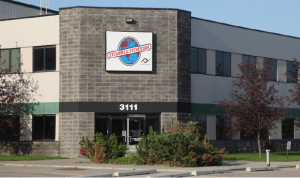 Houston – Stewart & Stevenson LLC announced the appointment of John Merrifield as President of the Company’s global distribution network. Merrifield, who has served as President of the Company’s Florida Detroit Diesel Allison, holds a Master’s Degree from the University of Missouri and has a long record of service in the distribution business. He was Senior Vice President at Daimler Trucks of North America and served as head of Sterling Truck Corporation and Western Star Truck Corporation. Merrifield succeeds Mr. Bill Simmons who is retiring.

Concurrent with the appointment of Merrifield, the Company announced that John Farmer, President of its Atlantic Detroit Diesel Allison with the responsibility for the Northeastern region of the United States, has been promoted to Executive Vice President for Operations at Stewart & Stevenson Distribution.

Stewart & Stevenson, based in Houston, is a leading provider of specialized equipment and aftermarket parts and service to the global oil & gas, marine, construction, power generation, transportation, material handling, mining, agricultural and other industries.