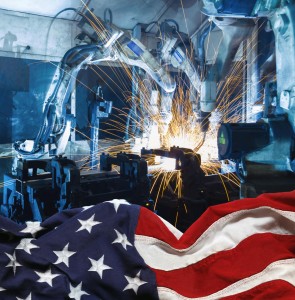 Hannover Messe, Germany – United States President Barack Obama will join German Chancellor Angela Merkel to open Hannover Messe 2016 announced the White House, the German Chancellery and Deutsche Messe AG. In 2016 the United States is Partner Country at the trade fair for industrial technology, which runs 25–29 April in Hannover, Germany. Obama will appear at the fair’s official opening ceremony on Sunday, 24 April, and is also scheduled for the traditional opening tour of the fair with Merkel on Monday morning.

“President Obama’s participation sends a special signal about Hannover Messe’s international appeal,” said Dr. Jochen Köckler, member of the managing board at Deutsche Messe AG. “And the timing is perfect: in the midst of its reindustrialization the United States has become a very attractive business partner for industry. For German machinery and plant manufacturers, the USA is once again the number one market.”

Approximately 5,000 companies from 70 countries will exhibit at Hannover Messe 2016. For years Hannover Messe has been the leader in promoting the digitalization of manufacturing under the rubric of Industrie 4.0. Modern manufacturing and energy technologies are core themes at the exhibition: with the motto “Integrated Industry – Discover Solutions,” Hannover Messe informs international trade visitors step by step how to transform their production facilities into smart factories for the digital age and how to build intelligent, networked systems for energy generation, distribution and storage.

The United States is Partner Country at Hannover Messe for the first time. Roughly 250 companies from the world’s largest economy will present their solutions for networked industry at the Hannover Exhibition Centre and meet potential business partners from all over the world.