Many industries are finding that not only are there marketing benefits to shrinking their environmental footprint, but cost-saving benefits as well. And while certain industries are able to make a seamless switch to green, other industries — such as mining — find it a little more difficult.

However, when international mining giant Vale first hired Sudbury, Ont.-based engineering, automation and software development firm Bestech to help design a ventilation-on-demand system for its Coleman mine, the original goal wasn’t to save energy; it was merely to find a way to move air around more efficiently.

Traditionally, to ensure a mine was properly ventilated, one had to over-ventilate. Fans on the surface would push fresh air down, and auxiliary fans underground were required to push air through the drifts.

“Because mine circuits are so complex, you’re often looking at between 100 to 200 auxiliary fans running 24/7 at 100-percent capacity,” says Marc Boudreau, president and CEO of Bestech. “As a result, it’s not unheard of for ventilation costs alone to range between $3 million and $6 million annually.”

This type of ventilation system also limits productivity because one can only mine in areas where you have proper airflow and air quality. If one wanted to expand activity to another area of the mine that wasn’t ventilated, they’d have to first reconfigure their ventilation plan. 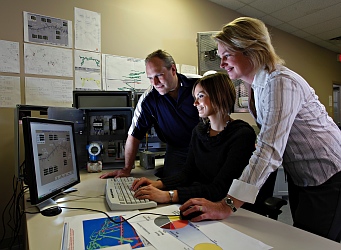 Enter ventilation-on-demand
The purpose of a ventilation-on-demand system is to only ventilate those areas that are in use — thus, drastically reducing energy usage. While the concept has been around for approximately 25 years, Bestech was one of the first to establish a system that is using state-of-the-art technology and robust enough to work in a harsh mining environment.

The company has been working on ventilation control strategies since 2000, and is currently on its third version of its software — NRG1-ECO. “Back in 2000, we were focused solely on developing scheduling tools — turning the fans up and down according to a predetermined schedule,” Boudreau says. “What we were doing was unique at the time because we were using web applications — and that was cutting-edge software back then. We were really pushing the envelope of real-time systems over the web.”

Through the decade, the software evolved, and in 2009, Bestech started planning its third version, with a focus on increasing functionality through even more advanced technology. While Vale was one of the first companies to help dictate the direction of the new software, it was just one of Bestech’s many partners in the project. That’s because the goal of this project was different: it wasn’t to merely reduce a mine’s ventilation energy usage, but to optimize mining processes, people and equipment and increase productivity.

“At the end of the day, production rules,” Boudreau says. “Mining operating costs range from $200 to $400 million per year, so what is $1 to $3 million in energy savings? It’s a start, and in reality provides a two to three-year ROI. The bigger benefit is increasing overall productivity, which can yield tens of millions in increased revenues.”

The advanced nature of the product, as well as the potential environmental angle, qualified the project for federal R&D dollars and simultaneously captured the attention of other government research groups and non-profit foundations. To qualify for funding for one of these foundations, Sustainable Development Technology Canada (SDTC), Bestech was required to establish an industry consortium.

The consortium, which continues to provide support to Bestech, consists of research partners (such as MIRARCO, which is a research company affiliated with Laurentian University), funding partners (such as the Centre for Excellence in Mining Innovation as well as clients like Vale and Xstrata) and technology partners (such as RFID vendors, which help ensure the program is easily integrated). It proves to be a valuable resource for the company, offering plenty of sound advice, ideas and suggestions (along with funding) to make sure the project is something that can truly move the mining industry forward. 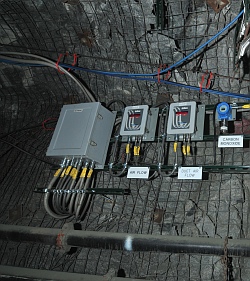 The future of mining
One of the ways NRG1-ECO exceeds previous versions of the software is through its ventilation-on-demand accuracy and open technology. For example, thanks to the use of RFID tags — which are placed on each employee and each piece of equipment in the mine — the program can gather enough information to know when people or equipment are in a specific mining zone, and alter the ventilation accordingly.

This has proven to be a useful feature in reducing blast gas clearing time — an area that Bestech is continually developing. When removing ore, mines must undergo a repetitive daily process: first miners head into an area to drill, then they blast, then recondition the area, and then they send machines in to pick up the ore. The problem is that, after a blast, the air becomes contaminated and there’s a time lapse of lost productivity — ranging from between 15 and 60 minutes — as miners wait to enter the zone to recondition the area and collect the ore.

Through the use of RFID tags and sensors measuring air quality, Bestech is working on reducing that amount of downtime by developing ways to more efficiently remove the contaminated air out of the mine, so miners can get through the necessary corridors and collect the ore quicker.

The company has also gone to great lengths to ensure its technology is open, allowing it to accommodate the varying needs of different mines current networks and communication protocols, both today and down the road. This design has been a definite benefit for Vale and other companies who have already signed up for their installation.

“Every mine is different — each one has unique requirements, operates in a slightly different environment and requires a customized, tailored installation for their respective operation. Bestech tries to understand what their client requires, and utilize the right technique to get them what they want,” says Cheryl Allen, chief ventilation engineer for Vale.

This flexibility has allowed Vale to roll the technology out in stages — it currently has a portion of its Coleman mine “tagged” (with RFID tags). While the system is functional, and the company has already proven the potential for approximately 30 to 40-percent energy savings, the goal is to expand the system to other parts of the facility. There are many infrastructure changes the company may wish to change some day as well, such as implementing a wireless communication infrastructure, and they’re certain that if and when those changes are made, Bestech will be able to tweak the existing framework accordingly.

One example is if they have copper wire-based communications systems (or “leaky-feeder systems”), rather than more advanced fibre-optic systems. Understandably, it takes a lot of communication infrastructure to transmit data from 8,000 feet below ground to computer systems on the surface. While many newer mines are currently equipped with fibre-optic systems — allowing them to transport more information at a faster pace — most older mines rely on copper technology. Replacing this technology can prove extremely costly, which is why it was important to ensure that NRG1-ECO could accommodate the older system and deliver the same results.

Accommodating varying brands of PLCs was also a necessity. Each Intelligent Zone Controller — the device which control a mine’s fans — is equipped with a PLC. “Every client uses a different PLC manufacturer,” Boudreau says. “We wanted to make it so that it doesn’t matter what PLC manufacturer you use.”

Buying in
While advanced technology is definitely a huge component of the NRG1-ECO system, it’s probably the easiest piece of the puzzle to implement. The most difficult part of the process so far has been winning that buy-in from company employees and, to some extent, the industry as a whole.

“Not everyone is okay to have an RFID tag attached to them. That’s a social obstacle we have to deal with,” Boudreau says. “If you don’t get buy-in from people, your system won’t work.”

So far, the company has been trying to overcome this through education and awareness — by sitting people down, highlighting the safety benefits and explaining the details of the system. In reality, the monitoring process can’t determine if someone is taking a longer-than-average break. It monitors the mine by zones, which can be roughly a kilometre long, and can only detect whether an employee is in the zone or not. It can’t determine what that person is doing — or whether they’re even moving — thus avoiding a “Big Brother” type of monitoring.

“I don’t think it will ever go in that direction,” Boudreau says. “The cost of putting in infrastructure to follow employees and equipment is expensive.”

Bestech knows its technology is capable of increasing mining productivity in several other ways, hence, it continues to research and develop its NRG1-ECO platform and inventory of mine efficiency and productivity products so that it can reduce the high cost associated with overhauling existing legacy systems, which have and always will be an obstacle in moving the entire industry forward.

That being said, the new technology is gradually gaining interest in the mining community. The company currently has eight new projects at various stages, including Goldcorp and mining companies in the Northwest Territories and Manitoba. It has also received interest from foreign mining companies in Peru and Mexico.

“This technology will definitely bring significant changes to the future of mine design and the notion of moving air around,” says Glenn Lyle, R&D program director for the Centre for Excellence and Mining Innovation, a consortium member.

Vanessa Chris is a freelance writer based in Toronto.
Print this page