Problems are… Good? How the worst mistakes present the best opportunities

This statement demonstrates that the capacity to get things wrong is not only part of life but might even be proof of it. 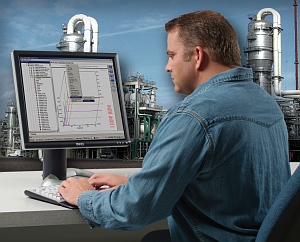 How well does your firm learn from mistakes? Are they discussed and studied? Or are they swept under the rug? This is a critical question in a competitive environment. It is critical because the right answer is not always popular, easy or even obvious. We have been raised in an increasingly blame-oriented culture, and as a consequence, society does not support learning from mistakes. Yet when we can learn from them, they can be rocket fuel for improvements.

In society, error is associated with shame, stupidity, ignorance, laziness — and even in some cases with psychopathology and moral degeneracy (from a great book by Katherine Schultz called Being Wrong: Adventures in the Margin of Error). No wonder few people and fewer companies can tolerate mistakes! This approach views mistakes as toxic waste to be hidden and buried.

Does no one ever want mistakes around them? Not quite. If you are like me, you want your doctor to have grey hair: you want him or her to have experience. That means they have seen enough that they won’t be shaken by anything I present. Where did they get that experience? Did they, as formative physicians, ever make mistakes? What impact did those mistakes have — and do they inform the way they practice medicine today?

Mistakes and development
The memory of a mistake is essential in the process of making a great doctor, a great mechanic — a great anything. When a doctor misses something important, especially early in their career, it changes them forever. Until that happens, the relationship between cause and effect is theory, not reality.

Once a serious mistake is made and processed, the importance of following protocol, doing all the steps, keeping one’s mind open and paying attention even when tired or unwell becomes clear. This is true in fields like medicine and aviation, which study its mistakes intensively. The essential step is that the person who made the mistake be allowed to process the mistake and learn the lessons.

But is this true in business and, more specifically, in maintenance?

It is clear that in any company hell-bent on having no mistakes, employees will hide their mistakes. If you “allow” mistakes (and make a point of not firing people for honest mistakes), is that the same as encouraging them? While you don’t want to encourage errors, there is a space for people to make them and stick around long enough to learn from them. More importantly, there is a difference between an honest mistake (like a doctor missing a symptom) and a mistake that is a consequence of intentional behaviour (such as a doctor missing a symptom while intoxicated on the job).

Are mistakes related to success?
One leading consultant, Landmark Education’s Helen Gilhooly, says if you want to increase your success rate, increase your failure rate. In other words, success comes from trying things, seeing what happens and learning. Doing more things means you’ll make more mistakes, but you’ll be learning more. Can you imagine how crazy you would sound if you went about solving a problem by making mistakes as your major strategy?
Where does this leave us? We need to build a process where mistakes are the rocket fuel of innovation. This clearly sounds strange.

3M is a company known for its high level of innovation, and one popular product — the Post-it Note — was based on a complete failure. A chemist was trying to formulate an adhesive, but the adhesive he came up with failed the use he had in mind because it was too weak. It also had the unusual property of sticking weakly to things and then was able to re-stick several times after it was removed. Of course, when he realized what it could be used for and managed to sell it to his management, it was a home run.

This company has an environment where mistakes are appreciated for what they are: stepping-stones to home runs. But the whole culture is built on the acceptance that, to make home runs, you must also strike out. These are the rocket-fuel mistakes.

Then there is the toxic waste. A popular book in safety circles, Trevor Klentz’s Why Accidents Happen and Why Companies Don’t Learn From Them, makes a persuasive argument that companies can have horrible catastrophes and promise to clean up their acts — but when visited a few years later, they are still making the same mistakes.

The million-dollar question
Ignoring safety rules, assuming a gauge is broken, being drunk, tired or otherwise compromised on the job, and not knowing what to do are all part of a toxic mistakes culture.

When we investigate mistakes for the purpose of learning from them, we have to decide if there was honest intent to not make a mistake. Once we have taken a position, we can ferret out the lessons learned.

Of this list, which ones can we detect or manage? A bunch can be managed by planning the job; verifying skills, aptitude and training catches others; and supervisors noticing someone is not fit to work due to a mental or physical condition. The rest are truly one-off events. In those cases, we would want to design the underlying system to be more robust to be able to tolerate mistakes.

Finally, there is a cultural shift that is needed. Start a discussion of uncovering attitudes toward mistakes. Find out what is already in your culture about mistakes.

This is an edited article provided by Joel Levitt, president of Springfield Resources. Reach him by email at jdl@maintrainer.com.
Print this page