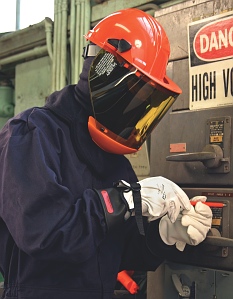 The Canadian Union of Public Employees is warning against the negative implications to workplace safety if the responsibility for injury and illness prevention activities are shifted from the Workplace Safety and Insurance Board (WSIB) to the Ministry of Labour (MOL).

In a press release, Goslin said moving key workplace injury and illness prevention activities out of the WSIB to the Ministry of Labour "just doesn’t make sense."

"Employers might well close their doors to prevention officers if they fear that information gained from a visit aimed at improving health and safety practices could be used against them as part of a safety inspection," the CUPE statement said.

The Ministry of Labour recently indicated that it would take action on proposed recommendations. A key change under consideration is the Ministry of Labour both offering Ontario employers workplace injury and illness prevention services and, at the same time, carrying out health and safety inspections of those workplaces.

"It’s like biting the hand that feeds you," said Goslin. "The Ministry could potentially impose double financial hits through administrative charges, plus potential health and safety offence penalties."

"The report also suggests that the WSIB continue funding prevention activities with funds raised from some of Ontario’s employers, which will be used to pay for prevention and inspectorate duties for all Ontario workplaces. But, there is no plan for the WSIB control over how well over $225 million dollars will be used, nor accountability processes to protect the employers who pay. This amounts to an inequitable tax since only 72 percent of employers in Ontario pay WSIB premiums that cover 100 percent of Ontario’s prevention programs. All employers should be paying their fair share," the employees’ union said.

"How will moving prevention services from the WSIB to the MOL help save worker lives?" asked Goslin. "The Minister of Labour has yet to address this key question. However it happens, it is likely to have a negative effect on the health and safety of Ontario workplaces."

One labour lawyer, however, believes it might be too early to say what exactly the Ministry of Labour will do with the long list of recommendations from the Dean Panel report.

What the ministry ends up doing will depend on how the recommendations would practically work, and how they would amend the Occupational Health and Safety Act, according to Carissa Tanzola, a lawyer with Toronto-based law firm Sherrard Kuzz LLP.

As an initial response to the Dean Panel report, the Ministry of Labour filed Bill 160, proposing amendments to the province’s Occupational Health and Safety Act and the Workplace Safety and Insurance Act.

Among other things, Bill 160 – which recently passed first reading – paves the way for the creation of the Prevention Council and the Chief Prevention Officer, which were among the primary recommendations by the Dean Panel report.

The bill also covers new provisions around employee health and safety training and how the MOL will regulate it, Tanzola said.

The Sherrard Kuzz lawyer pointed out that the current bill does not include anything that pertains to the recommendations on transferring prevention services from the WSIB to the Ministry of Labour.

"What they’re dealing with right now is preliminary recommendations. As employers, we can participate in the process in terms of what has been drafted and what’s being proposed," Tanzola said.